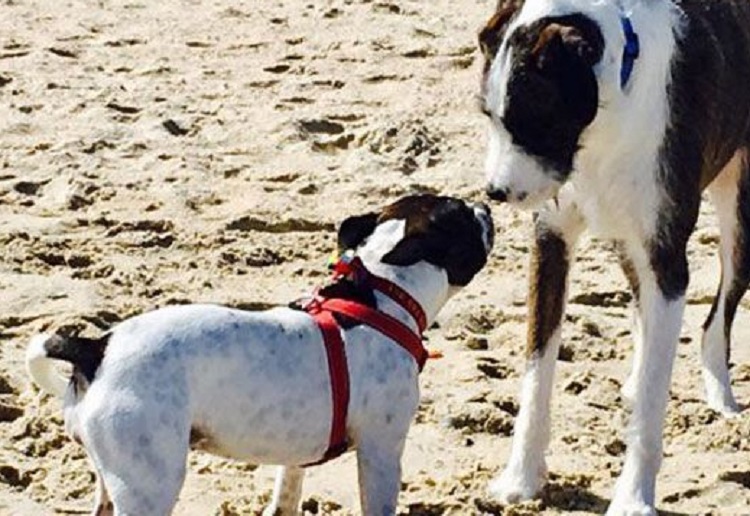 Man shocked to receive a fine after his young puppy “licked” a baby at the dog beach.

Neil McMahon claims he was at an off-leash area with his seven-month-old English Staffordshire terrier, Maudie, when his puppy licked a baby’s chest which had been lying on a blanket.

McMahon said the mother then contacted police to allege the “dog has attacked my baby”.

Police arrived at the beach and questioned him and the child’s mother.

McMahon was then fined $238 for failing to maintain “effective control” of his animal.

Yahoo shares, on beaches dog owners are asked to keep pets on leash – except in the designated off leash areas, collect and dispose of droppings, and ensure dogs don’t disturb other people, animals and wildlife.

The council website also states dogs are allowed in off-leash areas if they are under “effective control” by their owner.

The website states that “effective control” means dogs “return to its owner on command” and does not “bother, attack, worry or interfere” with others.

The dog owner says the child was not physically harmed by its interaction with his dog but said there is a lot of room for interpretation on the “bother, worry or interfere” clause in the rules.

While he admits the baby’s mother was bothered by his dog’s behaviour, he suggests the council’s wording may need to be revisited.

I can understand the mum would be concerned to see a dog running toward her baby, you would not really know what was the intention and obviously some people really are scared of dogs. Was there really a need to call police? Especially on a puppy?

Do you think it was a fair fine?