Article Me, Man. Me, Hunt. You, Woman… What’s for Dinner 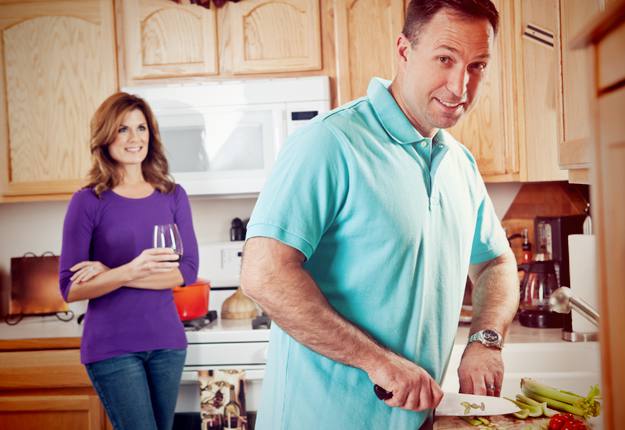 There are men and there are women. Two genders, right?

It’s a bit of a generalisation but while most cultures have these two genders, did you know there are some societies that have five or more?

So when it comes to the “me man, me hunt, you woman you look after the babies, do the washing, do the dishes, do the vacuuming, do the shopping blah blah blah” where do those genders fit in?

Is there one gender for doing those weird in between gender tasks like emptying the cat trays?

Who’s to blame for gender stereotypes? Because if you know, point me at them, they deserve a Jean Claude Van Damn round-house kick to the face.

From my observations, there seems to be a few schools of thought on the matter.

There’s the acceptance of these tasks that come with your gender, those that refuse and those that aren’t fussed. I am the latter. For me, minus the washing, the dishes, the vacuuming and all other domestic chores, looking after one or more babies is more than a full time job.

At least at work you get sick leave, annual leave and at least an hour or two to do no work at all and skive on Facebook.

I’m not saying for one minute that I won’t ever been doing any more domestic chores but relationships are also called partnerships for a reason.

That means the “where’s my dinner” argument is invalid.

If the baby hasn’t had a nap all day, you’ve been shit on twice, had Mormons to shoe away and the cat has vomited on the carpet, you may not have had time to prepare a steak dinner.

Having a new baby only seems to compound the gender stereotypes as it’s very often the woman who has to take time off from work to look after the Bub for a variety of reasons.

Perhaps you exclusively breast feed. Perhaps your partner earns better money so it makes better financial sense. Perhaps, even if you’re the one who earns more money, your partner doesn’t want to stay home.

Whatever your reasons, if the expectations are set early on, you may be in for an uphill battle where every day you’re fighting socks, dishes and resentment.

Do you think it’s fair the domestic chores should rest with the person who stays at home with the baby?

Are you happy to take on these additional responsibilities by yourself or do you split them with your Partner?