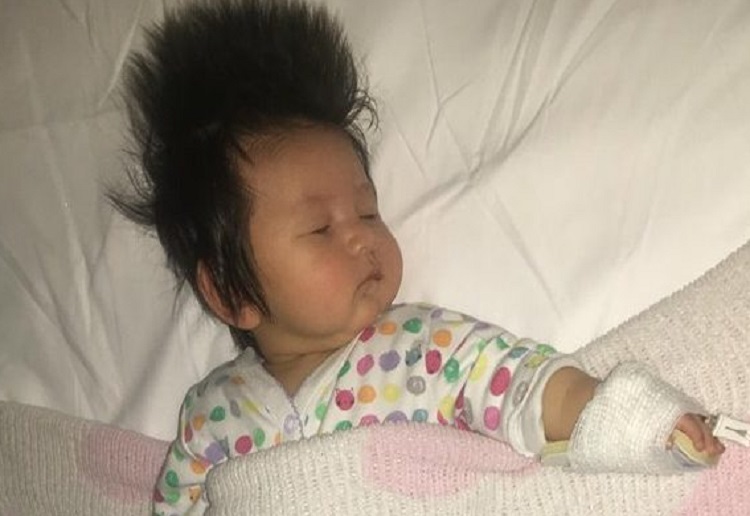 Meet Lexi-Rose, at just five months she has the title of Britain’s hairiest baby.

She’s so hairy that when her pregnant mother, Hanna Hollins, went for scan, her jet black hair showed up on the monitor, reports METRO.

The mum-of-two was quite rightly in ‘shock’ when she welcomed Lexi-Rose into the world at Arrowe Park Hospital in Wirral.

Hanna said that when her four-year-old daughter Sophia-Hope was born, midwives told her they had never seen a baby with so much hair. 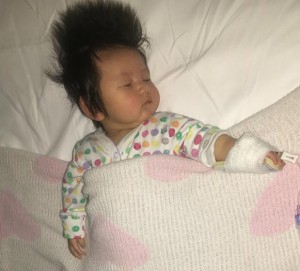 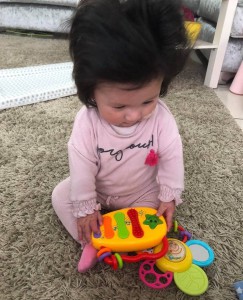 But now Lexi-Rose has stolen her sister’s crown – and her luscious locks show no sign of slowing down.

Hanna, 29, from Prenton in Wirral, said: ‘I must get stopped about 20 times a day by people because of her hair.

‘They can’t believe it and say “oh my god look at her hair”.

‘I was shocked when she was born because her hair was very, very long but it has obviously grown more since then too.’

At 31 weeks pregnant, Hanna said she had a 4D pregnancy scan – and even on that Lexi-Rose’s tresses showed up. 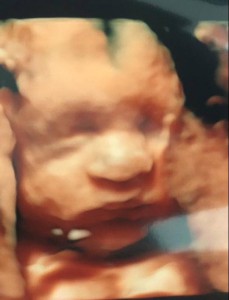 Hanna added: ‘I am not going to cut it, I want to keep it natural.

‘I just put clips in it really so it doesn’t get in her eyes. But she doesn’t get bothered by it.

‘She has to have her hair blow dried every night after a bath and I use some Johnson’s spray on it to keep it tamed. ‘It’s quite hard to maintain, but really lovely.”

Sooooo cute! I think Lexi-Rose certainly has more hair than little “Baby Bear” did. Remember him? Read his story here.

Were your children born with lots of hair?