Article So Much Hair for Such a Little Boy! 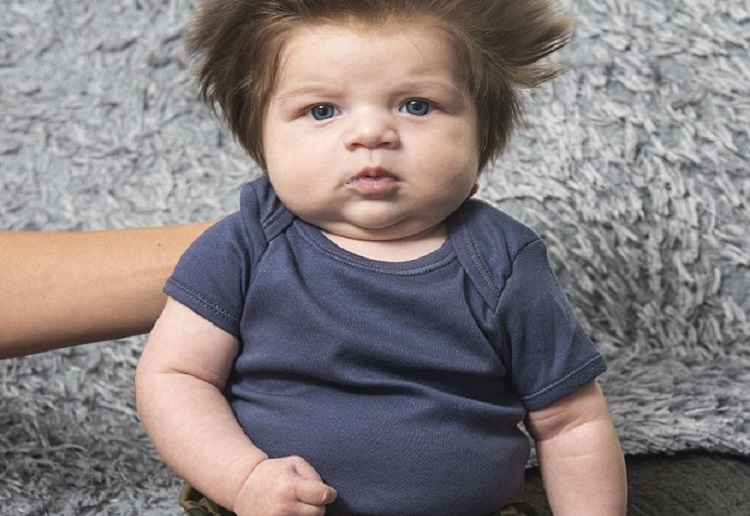 The little boy with so much hair he was nicknamed ‘Baby Bear’.

Junior, was born in the UK at Brighton General Hospital weighing 10lb on July 30, 2016, he had so much he was nicknamed ‘Baby Bear’.

Chelsea Noon, 32, a hairdresser, from Brighton, said: ‘He came out with loads of hair. I didn’t realise how much until he had his first bath.

‘All the midwives and health visitors said it would fall out because baby hair usually comes out when they rub their head on the back of the cot, but he hasn’t lost any of it and it has grown.

‘When I take him with me on the weekly shop everyone does a double-take and says, “Oh my God, look at the baby’s hair,” and they have to touch it. He doesn’t seem to mind and gets a little a smirk on his face, reports Daily Mail.

‘People say to me are you going to cut it, but it’s too unique so I’m going to leave it as it is.’ 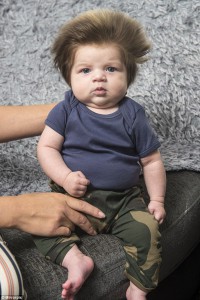 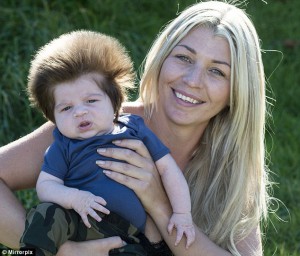 She does, however, blow-dry his hair because it would take too long naturally.

Her other sons, Mitchell, six, and Preston, four, did not share Junior’s hairiness at birth.

She suffered severe heartburn while pregnant with Junior – which is perhaps another indication there may be some truth in the old wives’ tale that the more heartburn a pregnant woman has, the hairier her baby will be.

In November 2017 it was reported he had already had his seventh trim despite being just 15 months old.

During the past year his locks have continued growing at an extraordinary rate, allowing the tot to try out several different hairstyles.

Most toddlers his age haven’t even visited a hairdresser but Junior has had lots!

Mum-of-three Chelsea said: “His hair is so thick, unbelievably thick – it almost looks like a rug. 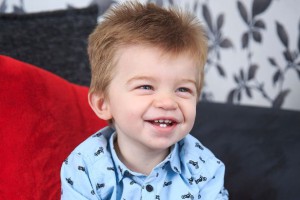 Do you have a baby who was born with more hair than Junior?  We would love to see!