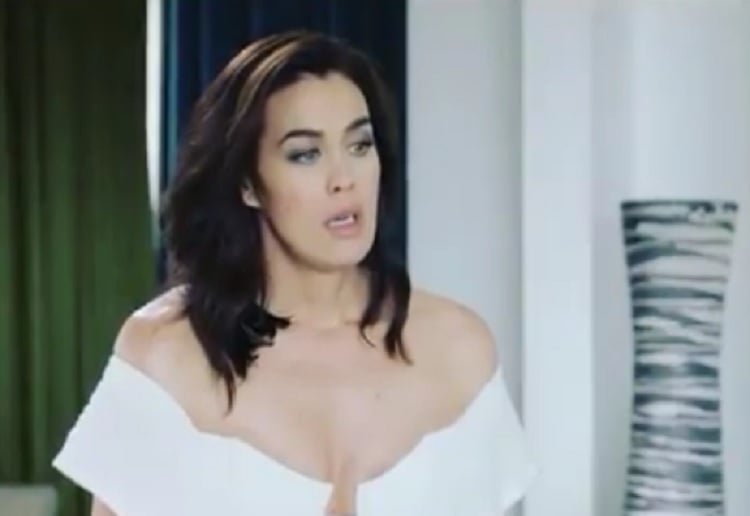 Megan Gale just revealed that she is expecting her second child. Since her announcement she has been involved in a pretty nasty fall.

Just last week Megan Gale announced she is pregnant with her second child.

The model took to Instagram stories to tell her fans about the accident that has left her bedridden.

She revealed, “Yesterday I had what you would call a bit of an incident. I was going to walk up our stairs and my foot was just placed badly on the step and I rolled over and heard this crunch and tear and went down like that [clicks]. The crunch and the tear was my ankle…

Adding, “To say it was agonising is putting it mildly but my immediate and major concern was the baby and if it was OK. The good news is that bub’s is fine and that’s been an absolute load off because the thought of something happening to this little baby was quite distressing as you can imagine.”

She continued to say, “The not so great news is… I don’t know what I’m dealing with. I don’t think it’s just a rolled ankle or a simple sprain because I’ve rolled my ankle heaps in the past and it did not feel or sound the way that this sounded, this was different.

“But until I get the results back I’m not going to know. In the meantime I’ve been told to stay at home and rest which is going to be challenging because I have a toddler.”

“Thank God I have the world’s most supportive and helpful partner who has been amazing. But currently I can’t walk, so it’s crutches for me… or crawling… so yeah stay tuned.”

So glad to hear the bub was all good. That would be such a horrible scare.

Did you suffer any falls or scares during pregnancy?