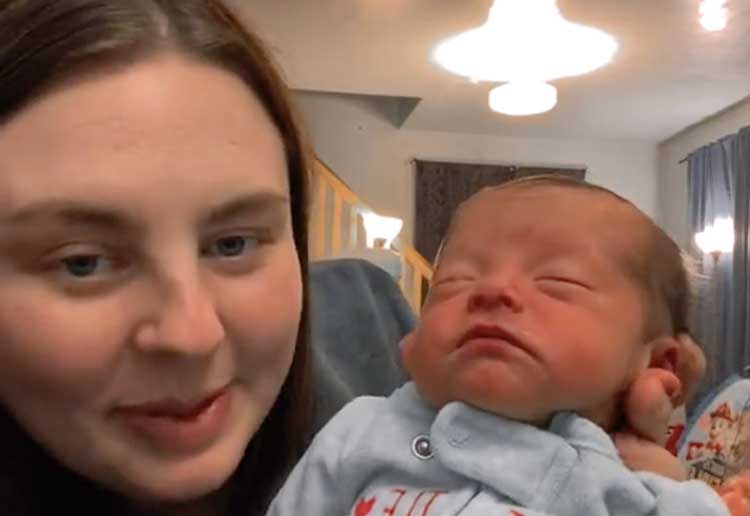 A mum hit back at trolls who claim her newborn will be bullied for her unique name, and its equally unique spelling.

Kelsey, who named her latest bundle of joy Aprycot Margaret-Jane, says people should be more worried about bullies themselves, rather than her daughter being bullied.

She shared a comment left on one of her TikTok stories, which read: “Like, I promise she will get made fun of relentlessly for her name.”

The mum-of-four replied, “Maybe we should worry more about kids being bullies and not what we can do to prevent our kids from being bullied.”

Kelsey and her partner Josh have three other children, three-year-old Augyst, two-year-old Aryzona and their only son, Atycus, 1. The busy mum of four under four explains that some of her children’s name inspiration comes from movies – Augyst is named after the movie August Rush, while Aryzona is a nod to the film Raising Arizona and series Grey’s Anatomy.

She also goes into detail about how to pronounce baby Aprycot’s name:

The family has also revealed that their little’s ones nicknames are MJ (in reference to her middle name, which is in honour of her grandmother) as well as Prya.

Looking for more unique baby names? Pop over to these articles next: