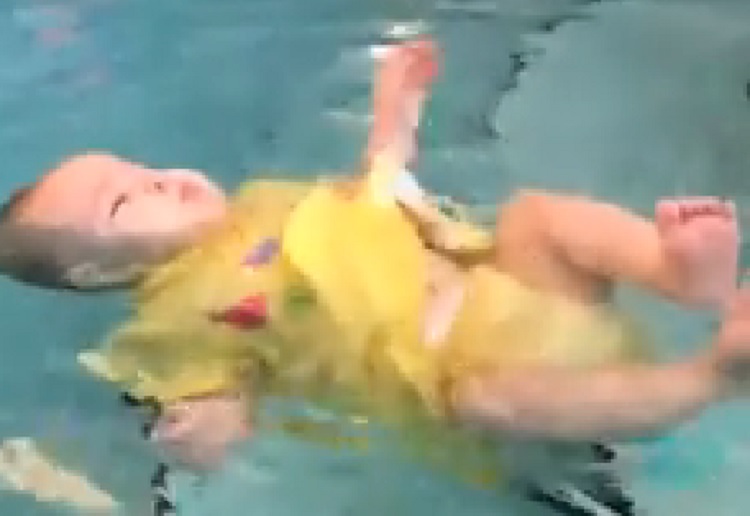 Mum slammed for video showing her baby struggling to stay afloat in a swimming pool has hit back saying she was only teaching her daughter to “self rescue” after her son drowned.

Keri Morrison, who lost her son Jake in a tragic drowning accident when he was just two years old, said she doesn’t want her  daughter Josie to have to go through the same ordeal.

A video uploaded on Facebook captioned “so hard to watch but every kid should learn this young” shows Josie, who was six-months-old at the time, on the steps of a pool being lured by a toy in the water clearly out of her reach.

WARNING – some viewers may find this video disturbing

The little one falls face-first into the water and begins to sink but quickly flips herself over and floats back up to the surface.

The clip sparked outrage online with many viewers saying they found it difficult to watch.

Keri told Fox News: “To me, I’m protecting her and that is what a mother is supposed to do protect her.

“I feel like I failed my son and I’m not going to fail my daughters.”

She added: “To see her face above the water at such a young age and know what to do.

“One of the things I really struggle with is that my son fell in the water not knowing what to do.

“And that thought and vision fires me up to make sure that not just my children but children all over are safe and can do this in the water.”

Keri wants the world to know Josie is SAFE and the controversy can stop! Live Like Jake is saving lives in Jakes name! Prevention is key to stop drownings and one by one Keri is doing just that. 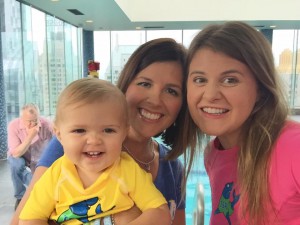 I must admit I did find it hard to watch at first. I am glad Keri explains the technique.