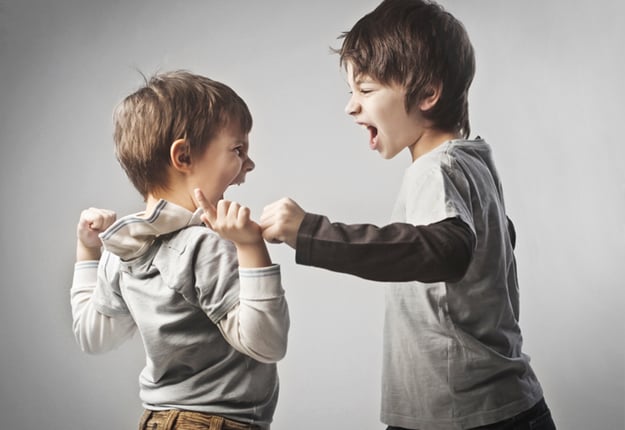 A grade one student has been allegedly threatened by another student with a pair of scissors in his classroom.

“I was not notified by the school whatsoever,” she said.

“They said they didn’t think it was serious enough to notify me.”

A few days later, the six-year-old was targeted again by the same student from his class and was left bruised after being dragged along concrete.

“Knowing that this has happened on two instances now, and my child is getting hurt at school, as a parent that’s the worst feeling that you can have,” she said.

School principal Jeff Jones admitted the school made a mistake by not immediately notifying the parents about the scissor incident, but claimed it wasn’t a deliberate act.

“We have a process where we do contact parents,” Mr Jones said. “The process wasn’t followed exactly to the timeline.”

Mr Jones said the accused bully had faced “consequences” but refused to detail what actions the school had taken against the grade one student.

“We’re working with him and his family to modify his behaviour,” he said.

The victim’s mother said she was still waiting for an apology, demanding tougher punishments for children involved in schoolyard violence.

“I think it’s a joke,” she said. “Something needs to change.”

Say NO to bullying!

Parents can do a lot to help kids erase some of the damage by being involved and encouraging the right kinds of behaviour.

◾Make the home environment as welcoming and stress free as possible. Kids who are bullied at school shouldn’t have to deal with aggression at home, too. Plus, if a child is bullying others, he needs to see a positive role model at home in order to learn appropriate behaviours.

◾Encourage kids to get involved in something that they are good at. It promotes higher self-esteem, reducing the likelihood of bullying for both the victim and the aggressors.

◾Use the resources available. There are many excellent online resources and books that can help both parents and kids learn to say no to bullying. School counsellors and teachers are also good resources. They are trained to help kids deal with these situations and can also help parents, too.