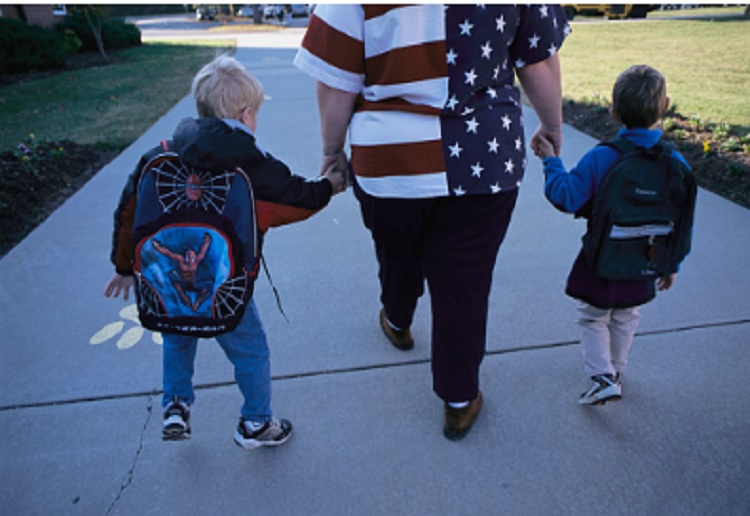 Hilary Freeman, a London-based mum and journalist, has been receiving death threats over a recent article she wrote about not sending her child to school with an obese teacher.

She wrote for the Daily Mail admitting the reason she chose not to enrol her 2-year-old daughter at a nursery school was because the assistant teacher was obese.

“I was expecting some level of backlash, given that this is such an emotive subject,” Freeman exclusively tells Us Weekly. “But I had no idea quite how big it would be.”

Freeman began by recalling the day she toured the facility and observed the assistant playing with her little girl.

Though the woman was “kind and great with children” Freeman had concerns about her health.

“She was only in her 20s but she moved slowly and breathlessly, her face flushed,” Freeman claimed in the Daily Mail

“Would she, I wondered, have the lightning reflexes needed to save an adventurous toddler from imminent danger?”

She also questioned the “unhealthy habits” her daughter might learn.

“Looking around, I noticed that she wasn’t the only extremely overweight member of staff. I couldn’t help worrying about the message this was sending to the children in their care: that being very fat is normal — and when children adopt role models so readily — even desirable,” Freeman continued.

She chose another school where the staff are all a “healthy” weight.

Her article received more than 2,600 comments. But many have messaged Freeman personally. “Unfortunately some of my good friends have been hurt by my article, which was not intentional, and I regret that,” she tells Us Weekly.

“I wanted to generate what I think is a much needed debate.”

“I never said I wouldn’t allow a fat teacher to teach my child. I just said that I was concerned that a morbidly obese nursery assistant, not a qualified school teacher, might not be able to keep up with active toddlers and that when choosing between two nurses, this was one influential factor in my decision,” Freeman tells Us Weekly.

“At that nursery they were eating jam sandwiches . . . something I wouldn’t give my daughter. At the other they have hummus and cucumber and tomatoes.”

Should teachers/carers be better role models?

Do you think she makes a fair point? Or is she being totally offensive?