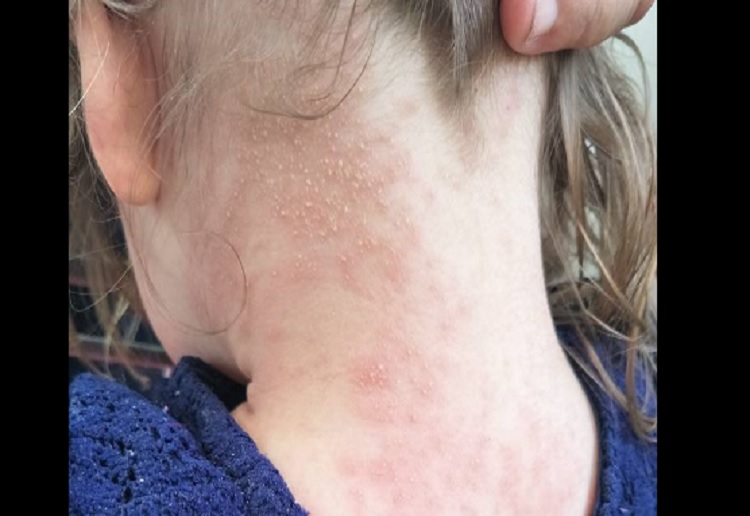 NSW Mum, Jaime Wellings, told 7 news her two-year-old daughter Kaylee broke out in sores and blisters all over her face and neck after using Sunsilk Pink shampoo.

“It was all red – I noticed it straight away and I pulled her hair back and was like oh my god,” she said.

“It was all lifted off her face – all red and bumpy.

“I was absolutely heartbroken at the fact that a shampoo could possibly do that.”

“They said ‘was she in the bath alone?’ and I said ‘absolutely not’ – You know, you do not leave a two-year-old unattended in a bathtub and that’s something I would never do,” she said.

Sunsilk told Seven News they are not aware of any other complaints about the product and will arrange for the return of the product so they can understand the underlying cause of the situation.

The mum of four says she wants to warn others about the potential danger but has a clear message for the company.

“I think they should take it off the shelf because the new formula is obviously not good,” she said.

Doctors say it could take weeks for Kaylee’s rash to clear up.

“The doctors said it’s definitely a chemical burn so we had to get her some prescription cream to put on her face twice a day,” Ms Wellings said.

“It breaks your heart when your little kid is all swollen up and there’s nothing you can do about it.”

Has your child suffered anything similar from a bath product?