A mum-of-one has pleaded for advice after popping the morning-after pill without her husband’s knowledge. In fact, he was still under the impression that they were both trying for another baby.

The woman has written a post on Mumsnet, sharing her deception and their relationship struggles.

The poster describes her partner as a “massively hands on Dad” or “does more childcare than me”. She also added that “he does all the cleaning, food shopping and cooking when he’s home”.

Both parents full-time and the mum is struggling with the lack of quality time she gets to spend with her hubby.
She says that they haven’t had a date night in two years and have “sort of lost touch with the couple we were.”

Due to her husbands shift work, “I spend a LOT of evenings on my own, probably 5/7. Three weekends out of four I’m solo parenting,” she shared.

Before they had a child, the woman said they used the time created by their clashing schedules to see their friends.

However, now as a mum, she “can’t leave the house as easily” and “we both tend to make our social plans when the other is home to babysit.”

The woman says her work is giving her some satisfaction:

“I really enjoy going to work (although my current job isn’t that great) mainly for the social side of it, and if I’m honest male attention,” she admitted, adding that socialising with her male colleagues reminds her that she’s still “got it”.

However, closeness at home is another matter:

“We never have sex, he suffers from premature ejaculation which wasn’t an issue when we had more time for foreplay, but now it’s so few and far between it’s over in seconds and really I get nothing out of it.”

The big issue is that her husband wants another baby. The mum always wanted another child too. However, “now the combination of kind of getting my life back and not being that happy with him has put me off, I think it would make things worse.”

She admitted that they were intimate and she suspects she was ovulation.

So she panicked and “got emergency contraception which I can’t tell him about- he wouldn’t understand. He thinks we’re trying for a baby. I had 3 early miscarriages last year which I think is also impacting on my broodiness or lack of it.”

She then signs off by saying: “I really like wine. I think I’ve become too selfish and we’ve forgotten how to be a couple. HELP!”

Many mums responded to the poster with reassurance.

One said: “I think getting the morning after pill was a very good decision. Your marriage is in a lot of trouble and throwing a new baby into the mix is not a good idea. You are in no way selfish for not wanting another child.”

Another comment read:”I don’t think anyone could judge you for taking the MAP, but you don’t sound very happy in your marriage, and I think you owe it to your husband to discuss this with him.”

“Thank you everyone for responding, I appreciate you taking the time to do so and not judging! I don’t feel that close to him anymore though. And I could imagine life without him and it isn’t awful. The idea of life without my son full time though is, so I’d like to make it work.”

We hope it works out for this mum. Do you think she should have told her husband? Share your comments below. 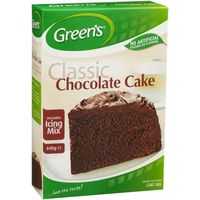 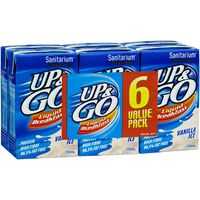