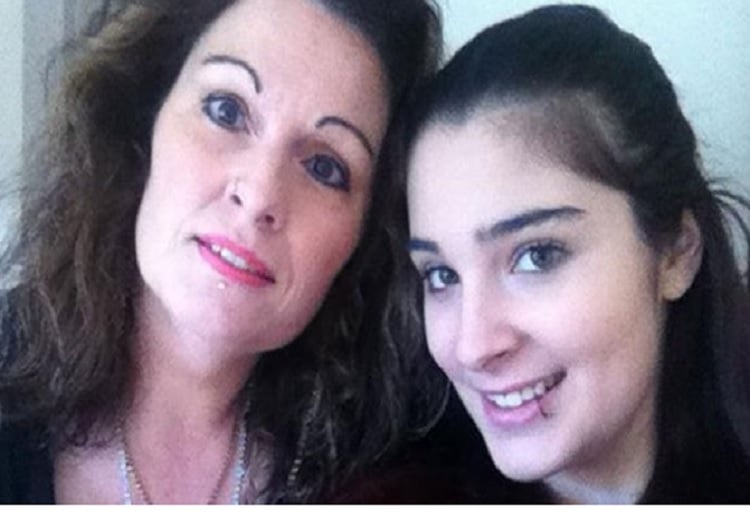 A Victorian mother has been “overwhelmed” by the outpouring of support she’s received since she went public with her daughter’s horrific story.

Cassidy Trevan was just 13 years old when she was led to a house in Springvale, Melbourne in February 2014 and raped by two teenage boys.

The rape was orchestrated by girls at Cassidy’s school in south-east Melbourne who had bullied her for her entire first year at high school.

Less than two years later Cassidy took her own life in December 2015.

After bravely telling Cassidy’s story to Nine.com.au last week, her mother Linda Trevan said she had been taken aback by the thousands of messages she’d received from all over the world.

“I had no idea of the amount of support and media coverage it would attract. It’s all a bit overwhelming to be honest, and very humbling,” she said.

In the months before her death, Cassidy had been writing a letter to the students at her former school, telling them about her rape and warning them about how far bullying could go.

Ms Trevan found the unfinished letter on Cassidy’s laptop days after she died.

“I just wanted to finish off what Cass started and wasn’t able to finish, and I’ve realised she couldn’t have coped with all this attention, it’s been overwhelming even for me,” Ms Trevan said.

Ms Trevan said she had been receiving 100 new personal message requests everyday and was touched by the support.

“I want to thank each and every one of you for your shares, comments, PMs, support and sympathy messages,” she said.

Ms Trevan said she was determined to spread the message about bullying.

“Bullying isn’t a game, it isn’t entertainment, it kills,” she said.

As for Cassidy’s bullies, Ms Trevan said they may have escaped punishment but they would never escape the knowledge of what they had done to her only child.

“You can either raise your own children as bullies, or you can learn from what you did, and help spread the anti-bullying message.”

Readers seeking support and information about suicide prevention can contact Lifeline on 13 11 14.

What parents can do if their child is being bullied

Parents whose suspicions that their child is being bullied have been confirmed need to take action in order to help the child or adolescent deal with the problem in the right way.

Our thoughts are with Ms Trevan and her family.