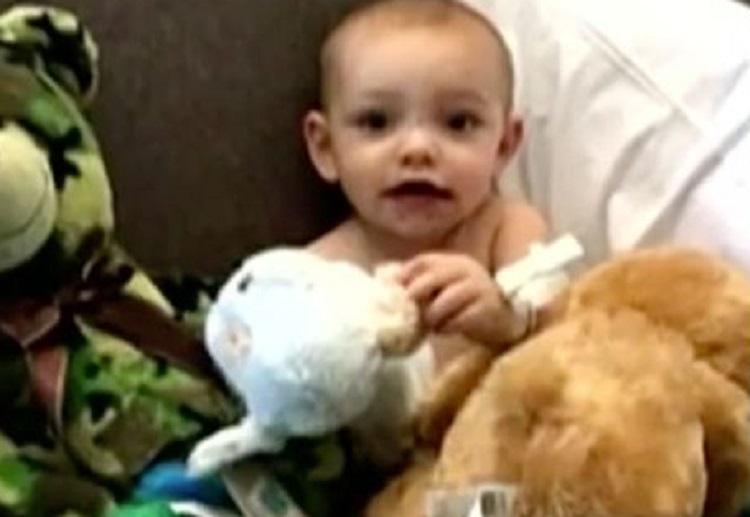 A US mum has warned of the dangers of letting other people touch your baby after her son was hospitalised with a case of herpes.

Samantha Rodgers, of Des Moines, Iowa said the person who infected her baby probably doesn’t even realise they did it.

Baby Juliano is being treated in a children’s hospital after developing cold sores all over his face.

“All I can say is be cautious,” Ms Rodgers said.

“It can be anybody. Everybody needs to wash their hands. Sanitise if you see a cold sore or anything on them.

“Just don’t let them come by your baby.” 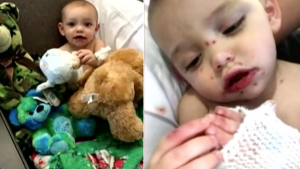 Ms Rodgers said initially she noticed that her son “had blisters growing outside of his mouth”.

She said doctors told her Juliano had the flu or a bad case of hand, foot and mouth disease, but it got worse.

However, tests revealed that he had been infected with herpes, reports 7 news.

“His sores were growing onto his hands and his neck and his stomach.” 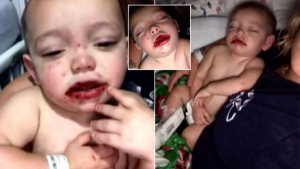 It was caused by the herpes virus, the same one that causes cold sores.

Someone with the virus had touched or kissed Mariana inadvertently transferring the virus. 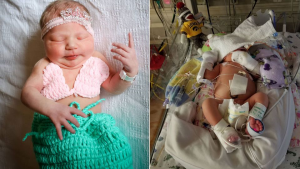 Her mum Nicole Sifrit also warned parents not to let anyone kiss their newborn babies.

Despite the two cases occurring within weeks of each other doctors said they are very rare, but they have warned parents to be particularly careful within the first few months of a baby’s life.

Cold sores are highly contagious and can be spread by saliva, skin and touching things that are contaminated with the virus.