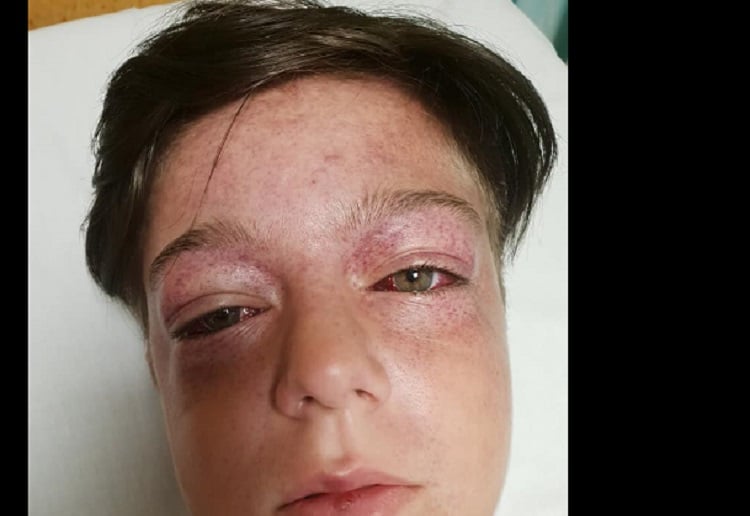 Mum shares stern message to YouTubers after her 11-year-old son was left with horrific injuries which could have killed him.

Tyler Broome passed out while being spun at high speed on a playground ride using the back wheel of a moped — a viral stunt known as the “Roundabout of Death”.

Tyler was rushed to hospital with injuries so severe that doctors said they were usually only seen in fighter pilots suffering the effects of g-force. 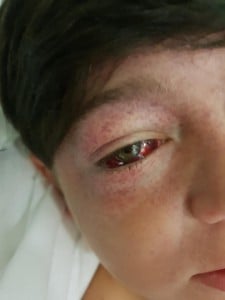 The force generated by the spinning action forced fluid and blood into his head, leaving his face bruised and his eyes bulging and bloodied.

In a Facebook post, the boys mother, Dawn Hollingworth, said it was feared her son could have suffered a stroke due to the extent of the swelling and pressure in his head.

“To all the YouTube bloggers who keep posting dangerous pranks that young 11-year-old boys think looks like fun this is the result this evening SO STOP POSTING PRANKS,” she wrote.

“His injuries were so rare the resus [resuscitation] staff have never witnessed such injuries and had to research it before they could treat him.

“I could of easily lost my son tonight and wouldn’t want any parent going through what my family are tonight.”

“I have posted this video not for any sympathy but purely in the hope that young boys see this and do NOT repeat this YouTube prank.”

We have shared so many warnings from parents in the past after their children have been seriously injured or worse, sadly killed, during silly pranks and dares. Read more on that here.

What parents can do
Fortunately, there are signs for some of this behavior, such as bloodshot eyes, or odd bruises, cuts or burns.