Article Mum’s viral rant after she received abuse for this image.. 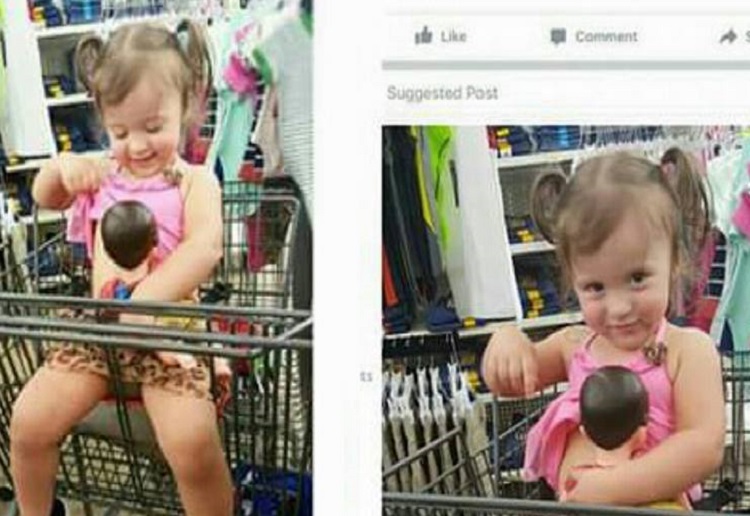 Mum’s viral rant after she received abuse for this image..

When 2-year-old Charlotte pretended to breastfeed her doll in a store, mum took a photo of the toddler and shared it on social media with several hashtags, including #normalizebreastfeeding and #nurseinpublic.

After the post received negative comments, the little girl’s mum sent her story to the popular Facebook page, Breastfeeding Mama Talk, which shared her response on Tuesday. The post has since received over 1K reactions.

One commenter refers to the photos as “some of the nastiest sh*t of my life” and suggests that the mum should be “punched in the damn face.”

“If you’re OK with your daughter lifting her shirt and putting her baby dolls mouth to her little “dots” pretending to breastfeed then I personally think you need punched in the damn face!!! It’s just simply not okay!!!”  (we call troll on this one!)

In her caption for the screenshots, mum says she was “shocked” and “blown away” to read negative messages. “Breastfeeding is something that is natural and IS normal,” she wrote, noting that she breastfeeds Charlotte but formula fed her now-5-year-old son Bentley and thinks both options are “equally wonderful.”

“A baby putting a bottle to its doll’s mouth, they are feeding their baby doll, correct?” she wrote. “There’s no difference.”

Many fans have shared their own images of their little ones feeding their babies. There is nothing wrong at all! This mum certainly did not deserve to receive such an abusive comment.