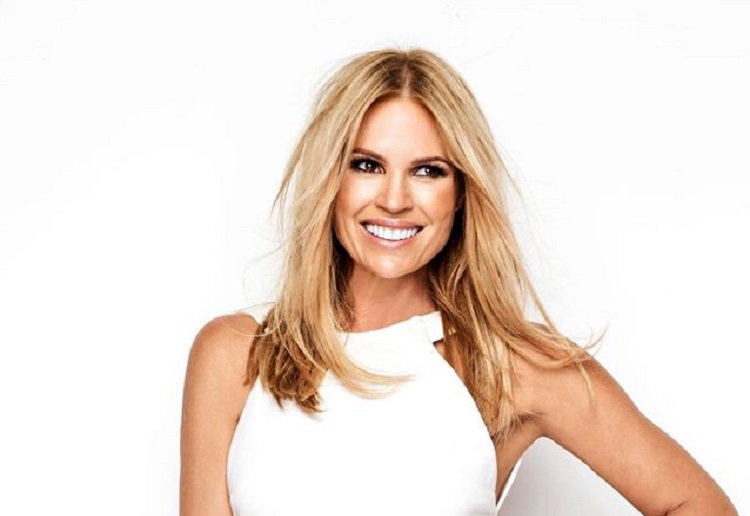 Sonia Kruger sparked outrage last week when she called for a ban on Muslim immigration to Australia as she hosted Today Extra on the Nine Network, saying she wanted to feel ‘safe’. One Muslim mum has reached out to her “from one mother to another”…

Melbourne teacher Inaz Janif penned an open letter published by Fairfax Media responding to the comments ‘as a mother’, and recalled how views like Kruger’s had seen her four-year-old daughter bullied in the playground.

You must have been bowled over by the avalanche of responses to your words earlier this week. I too, have felt the urge to respond to you and the people who have bombarded you with messages of support, with regards to your comments about Muslim migration. I write to you as a mother.

I wanted to tell you that I understand your fear. I understand because I too am a mother and I too feel broken when I see and hear that children are hurt or killed. I understand that you see and hear reports on our media that paint an image of Muslims and Islam as evil. Each attack, each time another innocent life is lost, we go through the cycle of pain, of anger and despair.

The extreme reactions to your words is another result of this fear and show that not all lives are equal. With the, “Black lives matter” movement, we can see the same passion and concern that the world in 2016 is still not equitable when it comes to people who have a skin colour other than white.

But you see, as a Muslim, I have multiple sources of fear that I could operate from. It is concerning that Muslims globally, have and are currently victims of hatred and have lost their lives, yet they do not elicit the same compassion than citizens of the Western world. Do Muslim lives not matter?

From a very young age, I have had to learn that my life and my rights are not the same as everyone else.

At the age of five, attending an almost exclusively white school, I was excluded on the basis of my colour. I was bullied and excluded due to the colour of my skin. Unfortunately I have become used to prejudice. At an age when I could not understand why I was being hurt and abused, I used to linger in the bath in the evenings, rubbing my skin hard with soap, convinced it would whiten my skin.

Therefore I wouldn’t be at the brunt of criticism from people who hated me for being brown. Fast forward into adulthood, I now recognise and identify the same hatred flung at me and others who look and think like me. It results in a loss of job opportunities, it results in friends and their families having their hijab torn off, it results in my friends’ cars run off the road by racists. It can also potentially result in the loss of life.

Sonia, views like yours have already infiltrated the fabric of our lives in a pervasive manner. I’ve seen discussion and debate around excluding Muslims from practising their faith, such as being able to eat halal food, to the choice we women have to dress as Muslims.

As a result of these attitudes I have seen people abused physically and verbally from all corners of our Australian society. I have seen and heard of children abused and excluded when they aren’t even of an age or developmental age to understand why.

I have had to explain to my four-year-old daughter with tears down my face, to not approach the other children at the playground to play, because they don’t want to play with her. Before the parents of the other children knew I was her mother, they were playing with my child.

After my child ran to me, to check in on me as children do and ran back to the slide, the other parents’ expressions changed from friendly to hostile and they went over and whispered something in their children’s ears. After this, no matter how many times my child approached their children, they would ignore her. I wonder if you would know how this feels. As a mother, to be the cause of your own child’s suffering. All because you choose to follow a faith that is now becoming all but illegal.

There is beauty and dignity in my faith. Islam does not encourage blind faith, it encourages you to use your thought, to examine and analyse and to reflect. It’s because of my faith that I am who I am. I constantly think about what I want my life to be and what my impact on this land and on this earth will be.

For that reason I have become a teacher. Because of my faith, I choose to work at a school where I offer my expertise, my passion and hard work for any young person, regardless of their personal characteristics or persuasion. My school and my community is an island away from the rest of Australia, where generally we live in peace and appreciation of difference. My colleagues and students can see past my packaging to my heart and soul.

I wish you could see the same of Muslims. I have chosen to be this way due to the example of my faith and my father. He is an architect who has designed mosques in Australia and he has also designed the church which stands side by side our local mosque.

Sonia, please go out and find out for yourself the truth of Islam and not just work from a place of fear. I ask you to not limit your love, compassion and understanding to only people who look like you. I also ask you to understand and reflect upon the consequences of your words. If you would like to, I offer to meet you and talk with you further. Let’s move from fear to a place of love. I will, it’s what I’ve always done and always will. It’s what my faith teaches me.

Inaz also recently addressed Waleed’s comments saying, “To me, he tried to move away from the friction and confusion we all find ourselves in and look to the root causes of why these kinds of perceptions and views result. For some people, I believe that racist and bigoted views come about from fear and ignorance. They see a biased media portrayal of the world and are not exposed to the same sources of information that we do. I don’t think there is anything wrong with addressing her harmful words, but it should be done with wisdom, intellect and calm, not with aggression and hatred. “

Sonia has been left in fear for her life, with a series of shocking death threats.

She has received death threats both on social media, and via Channel Nine’s offices with concerning personal attacks on the star.

This is never acceptable! Sonia deserves a bit more respect than such horrifying treatment. While many may disagree, violence is never the answer!