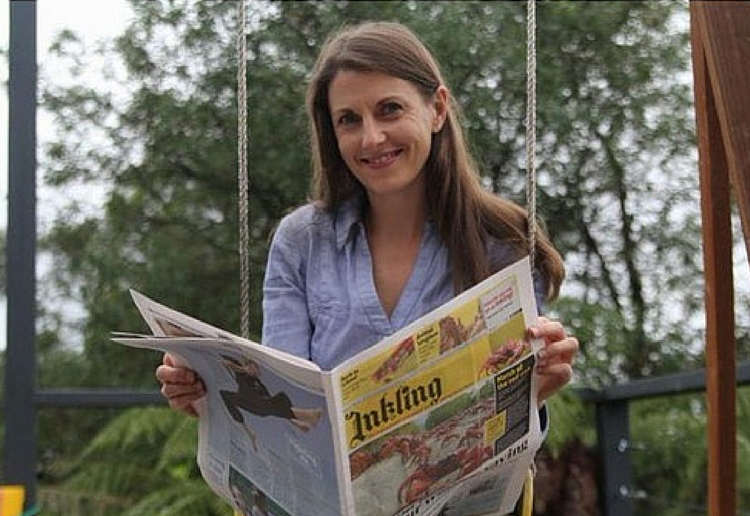 Targeting students aged seven to 14 years old, Inkling is a new weekly newspaper and website that will feature national and international news, reviews and cartoons.

“We want to create an Australia-wide community of kids who are involved in the news,” Saffron Howden, editor and founder of Inkling, said.  “The idea is that we tell all the news that adults consume but we tell it in a child-friendly way.”

The first display edition of the newspaper shows articles ranging from a review of the Matilda musical and a story about Syrian refugee children.  There is also an opinion article about gender stereotypes written by a 14-year-old Sydney student.

Cartoons, graphics and catchy photos are also featured heavily throughout the paper – helping to hold the reader’s attention.

Saffron, a former Sydney Morning Herald journalist, said in an interview on 702 ABC Sydney that while adult newspapers are declining in circulation around the world, newspapers for children “are thriving”.

“Kids are really interested in what’s going on in the world, but a lot of parents or teachers don’t want to expose their kids to the television news or the news in newspapers because a lot of it can be disturbing and gory and we make it not so,” Saffron said.  “We encourage kids’ involvement so we’re always going to have book reviews, movie reviews, game reviews written by kids and our opinion page will always be written by kids … so they can be passionate about things and start a conversation about what’s important to them.”

Currently being funded by Saffron herself, the newspaper will be subscriber- and sponsorship-based model.

The newspaper will launch its first formal edition in April.