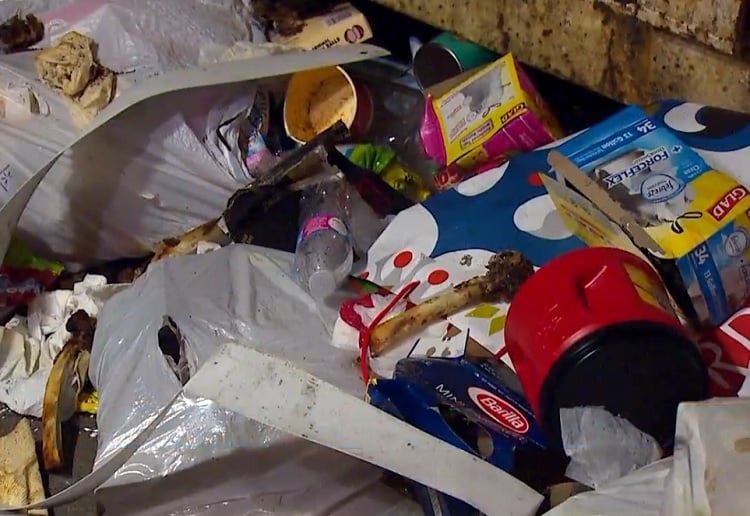 Sad news of newborn baby found in a trash compactor.

The building’s maintenance supervisor was preparing to start the trash compactor when she heard a baby crying, KOMO News reported.

The woman called 911 and climbed into the compactor to search for the source of the cries.

“In a dress, she dove into the garbage compactor and began pulling out bags of garbage, trying to search for this thing,” the woman’s boyfriend, Jeff Meyers, told the news station.

Officers found the newborn boy and he was immediately transported to a hospital for medical attention, according to the Everett Police Department.

The newborn infant was covered in blood and his umbilical cord was still attached. There was no indication of when or why the baby was left in the dumpster.

“Someone had the baby and just discarded it into the garbage,” he continued. “It’s the saddest and sickest thing I’ve seen in my entire life.”

The baby was rushed to the hospital where he remains in stable condition, Officer Aaron Snell tells PEOPLE.

In Washington, individuals may freely drop off unharmed babies at any fire station or emergency room with no questions asked under the Safe Haven law. There is a fire station just half a mile from where the baby was found.

Last month we shared the story of the baby born in the bathroom of a Subway toilet and abandoned by his homeless mother.