Article One country has banned this doll for good reason! 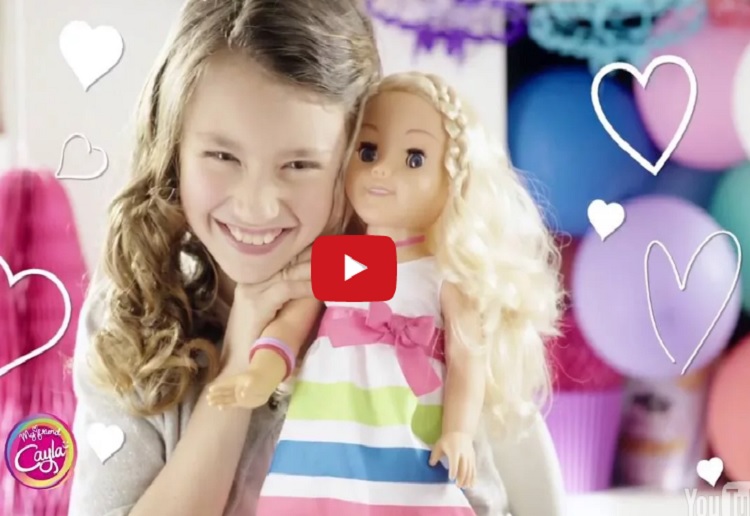 Germany has banned a children’s doll capable of listening to children’s conversations and responding in real time.

The country’s telecommunications watchdog have labelled the toy a “concealed surveillance device”.

The My Friend Cayla doll, which is also sold in Australia, uses bluetooth, an internet connection and speech-to-text technology to interact with children.

“Items that conceal cameras or microphones and that are capable of transmitting a signal, and therefore can transmit data without detection, compromise people’s privacy,” the Federal Network Agency’s President Jochen Homann said in a statement.

“This applies in particular to children’s toys.”

All toys capable of transmitting signals and recording images or sound without detection are banned under German law.

The agency added it was concerned such toys could record and transmit anything a child says without their parents’ knowledge.

“A company could also use the toy to advertise directly to the child or the parents,” it said.

While the agency has no plans to prosecute parents who do not destroy the toys, it said it was “assuming that parents will take it upon themselves to make sure the doll does not pose a risk”.

“It’s so simple to break into it, anyone could do it with a phone. All you have to do is turn on bluetooth and connect to the doll and you’re potentially listening, spying into the child’s room, or you can even talk to the child through the doll,” said Ken Munro, from UK-based security consultants Pen Test Partners.

“If you can connect your phone to your hands-free car kit, you can hack Cayla.”

Mr Munro said he was able to make the Cayla doll use foul language and listen in to what was being said around it.

He said internet interactivity was becoming increasingly common in toy manufacturing, creating a dilemma for parents.

“Cayla is just one of a huge number of toys that have got exactly the same problem … There are so many different devices that do this,” he said.

“What worries me is that it’s hard for the parent to know.”