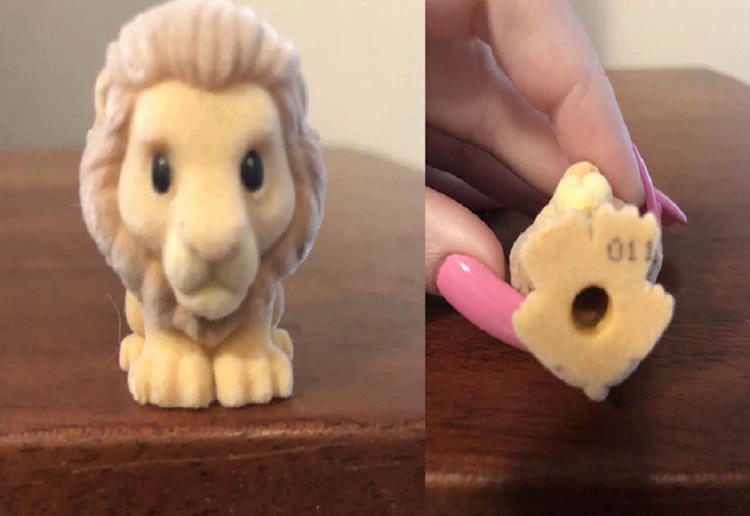 The Ooshies craze has taken a turn for the worst with a mum in Queensland brought to tears after copping abuse and death threats from trolls online.

Monique was lucky enough to come across one of the rare Simbas, but her excitement turned to distress after attempting to sell it online.

Just hours after posting her rare Ooshie online for $5000, hundreds of abusive messages started pouring in.

“I received so many hate and death threat messages just because I’ve put up the rare furry Simba,” the Brisbane mother told 9News.

I made the mistake of putting it up as $7,500 open for bids and, that night, I received over 400 messages getting told I was a waste of space, that I take up too much oxygen and that they hope karma will get me.

“There were death threats. They told me if they ever found me, they’d get me and how wrong it was for me to rip people off and that it’s [the furry Simba Ooshie] not even worth that money.”

Her motivation for putting the rare Simba online was to buy her son a computer, but she says she hasn’t slept since she posted it and the abuse began.

But Monique got the last laugh because it wasn’t long afterwards that she received a legitimate bid from someone wanting to purchase the rare furry Simba Ooshie.

“I accepted it straight away because I’m not greedy. I have sold it. I have received the money. I’ve posted it with insurance and everything to the lady and everything like that. She’s an absolute lovely lady I’ve sold it to,” she told 10 daily.

Monique said the entire experience has been detrimental to her health and that she hasn’t slept at all since Monday.

“I can’t deal with it anymore. My phone just keeps going off and my doctor said don’t look at the messages and I said yeah but there might be some nice people,” she said.

How absolutely ridiculous is this whole craze now?  Share your comments below