Article Parents accused of torturing their children plead not guilty 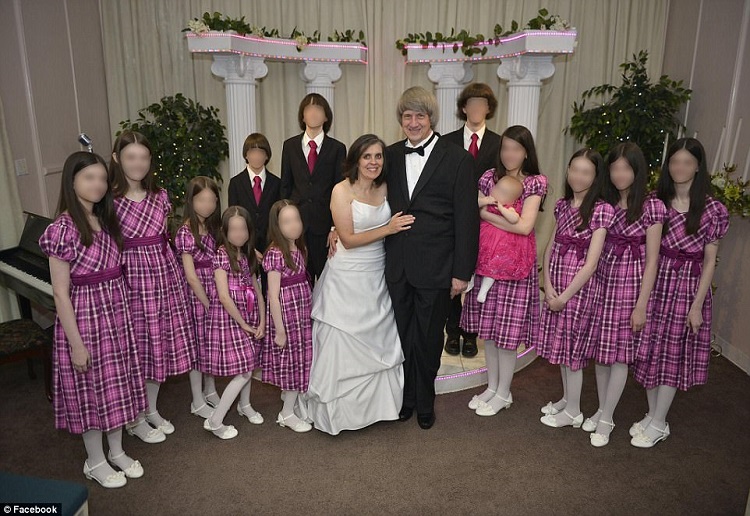 A 17-year-old girl escaped her California home through a window so she could call police and show them photo evidence of the ‘horrific’ conditions she and her 12 siblings were forced to endure by their parents.

The courageous teen, who was so malnourished officers initially believed she was only 10, is being hailed a hero one day after police were able to rescue her starved brothers and sisters from their home in Perris, California on Sunday, reports Daily Mail.

Authorities found at least three of the Turpin children – aged 2 to 29 – shackled to their beds and furniture with chains and padlocks in a dark, foul-smelling room inside the family home.

The victims, including six children and seven adults, were ‘malnourished and very dirty’. It is not clear how long some of them were chained, padlocked and shackled before they were discovered.

‘We do need to acknowledge the courage of that young girl who escaped,’ Riverside County sheriff’s Capt. Greg Fellows said on Tuesday.

He said the 17-year-old girl managed to escape through a window and call 911 with a deactivated cell phone she had found in the home. When officers interviewed the girl, she provided photos of the conditions and abuse suffered by her and the rest of her siblings.

Police have confirmed that all 13 victims are the biological children of David Allen Turpin, 57, and his 49-year-old wife Louise Anna Turpin. They were both arrested and charged with nine counts of torture and 10 of child endangerment.

They are being held on $9million bail pending a court appearance.

Louise’s sister Elizabeth Jane Flores, 41, told DailyMailTV that she was never allowed to visit her sibling in California and knew something was ‘not right’ about her parenting.

‘She never let us talk to her kids. She wouldn’t even accept my Facebook request. We all wondered what was going on. My parents booked several flights to go see them but when they got there they wouldn’t tell them where to go and my parents left crying every time. They died before they got to see them again. It’s just heartbreaking and I’m so embarrassed about all of this,’ she said.

The parents accused of torturing their children for years in a California house of horrors pleaded not guilty to 75 charges on Thursday afternoon during a brief court appearance.

David, 57, and Louise Turpin, 49, denied the charges not long after they were announced by the Riverside County District Attorney on Thursday.  The couple’s next court appearance was set for February 23rd.

Harrowing new details of how they tortured their 13 children were described at a press conference by DA Michael Hestrin.

He told how they kept the children up all night and slept during the day in a suspected attempt to avoid any outsiders witnessing the abuse.

The only activity the children – who said they were chained up for months at a time – were allowed was to write journals, shares Daily Mail.

Among the most shocking claims of abuse were;

Some of the children did not know what a police officer was when they were rescued and many are mentally impaired as a result of what prosecutors called ‘severe, prolonged and pervasive abuse’.

While the children starved, the parents bought food including pumpkin and apple pie and kept it out on worktops for them to look at and desire, Hestrin said.

According to Hestrin, the abuse began in 2010 and has intensified ever since.

Such an horrific experience for them all. I hope they get lots of support in the future to help them work through what has occurred.