Article Parents continue to fight to save their little boy 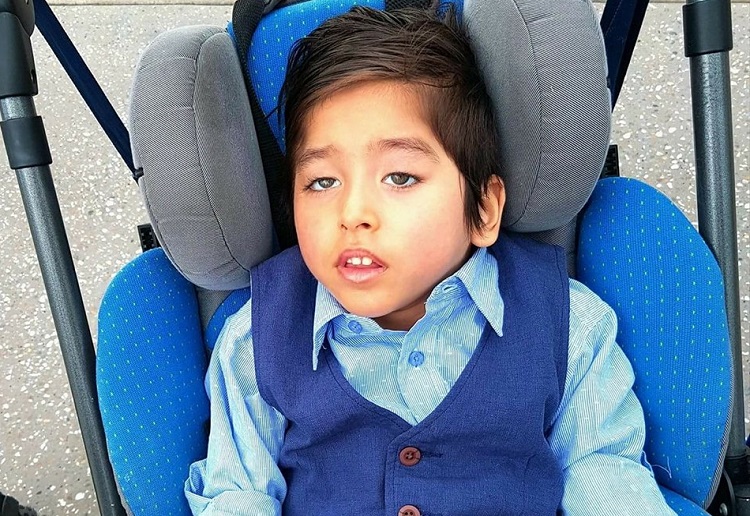 The four year old boy caught up in a tug of war between traditional and alternative treatments.

Four-year-old Chase Walker-Steven has severe epilepsy and quadriplegic cerebral palsy. He can’t walk or talk but the struggle to save the life of this little boy is an ongoing battle.

Chase first hit headlines in April when his parents were accused of kidnapping him from Lady Cilento Hospital after he was admitted against their will.

During a routine medical examination at the Lady Cilento Hospital in Brisbane, doctors advised Cini and Marc that they needed to admit Chase for urgent medical treatment.

In the hope of easing their disabled four-year-old son’s pain and reducing his seizures, Queensland parents Cini and Marc fled to the Church of Ubuntu in Newcastle.

Chase was being treated by de-registered doctor Andrew Katelaris, also known as Dr Pot, who administers cannabis oil he makes in a secret room to the boy both orally and through his feeding tube.

Mum, Cini says the cannabis gives him helps him to block out any pain he may be feeling, but she doesn’t consider her child to be high or stoned.

She says without Mr Futter, she would be ‘one son down’.

Chase’s organic diet of ‘whole, nutritious foods’ saw him drop from 22 kilograms to 11 kilograms in a month, leaving doctors alarmed for his safety.

Marc and Cini have no intention of ceasing their unconventional treatment of the youngster.

Prior to the cannabis treatment, Chase’s parents claim he was having up to 100 seizures a day – a number which they claim has drastically reduced since.

‘We’re not turning back. There’s no way,’ she said.

‘That’s why we’ll keep fighting, because, you know, we know… think, and they think we’re wrong.

We believe just over a week ago Chase was again taken from his parents into the care of the state at John Hunter Hospital and his family have not stopped fighting to have him returned home.  The fight to #bringchasehome continues.