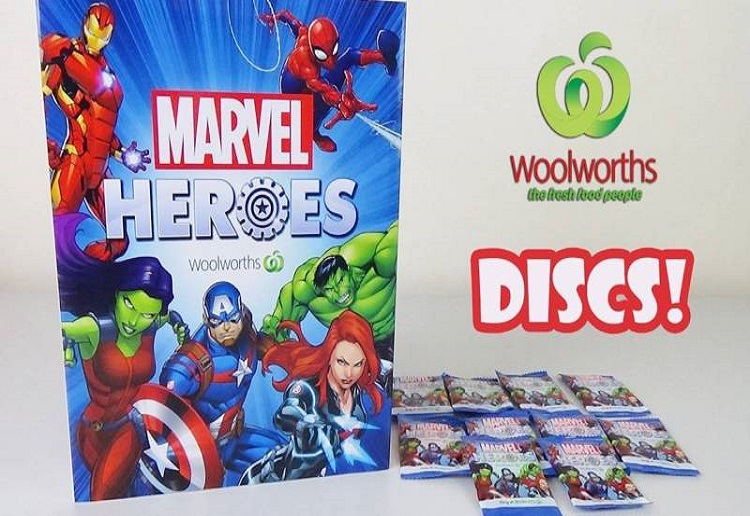 PARENTS are outraged at Woolworths stores over the lack of Marvel Heroes Super collectable discs that have left many children distraught.

The shortage of Marvel Super Discs, with 42 to collect, has parents attacking the supermarkets Facebook page after scalpers were found trying to sell the rare discs on eBay for up to $90, reports News.com.au.

Several parents have expressed anger after being unable to get their hands on the number 42 Hulk disc, as well as six other rare ones including numbers 6, 12, 18, 24, 30 and 36.

On Woolworths’ Facebook page, Tiresa said: “Woolies. This is disgusting. People aren’t stupid. Everyone can’t need the same numbers and you tell us they are not rare.

“We have been to swap day and been told as much. It’s not fair that the children are not given an opportunity to complete their set.”

Julia said: “You create constant crazes that get children involved yet it brings constant disappointment.”

Dad Ben said: “My two kids are giving me grief over your stupid discs. If you want me to shop at Coles you’re doing a great job.”

Andrew said: “Woolworths I think this is absolutely disgusting. Because you guys didn’t make enough of the following numbers 6, 18, 24, 30, 36 and 42, those that weren’t collecting them have put them on eBay to make money off those like myself that spent money each day in your stores to collect them for our children.”

Chris wrote, “Shame on you woolworths for promoting something for children then making them severely upset when no one can get these elusive “rare” cards exept selfish people!!”

Simon, from Croydon, whose two children are collecting the discs, said numbers 18, 30 and 42 were the most difficult to get.

“We luckily do have the Hulk disc but I think it’s disgusting that people are making money off this when it’s meant to be something good for children,” he said.

Woolworths marketing operations general manager Rod Evenden said they had been overwhelmed by the popularity of their Marvel Heroes promotion to date.

“The Hulk disc is one of seven discs in the collection that are more limited than the others in the 42-disc collection — but they are actually still in plentiful supply, with more than one million of each in circulation,” Mr Evenden said.

“The characters featured on those seven discs have the highest attributes (strengths, speed, durability etc) in the Marvel Universe,” he said.

Have your kids been caught up in the craze?