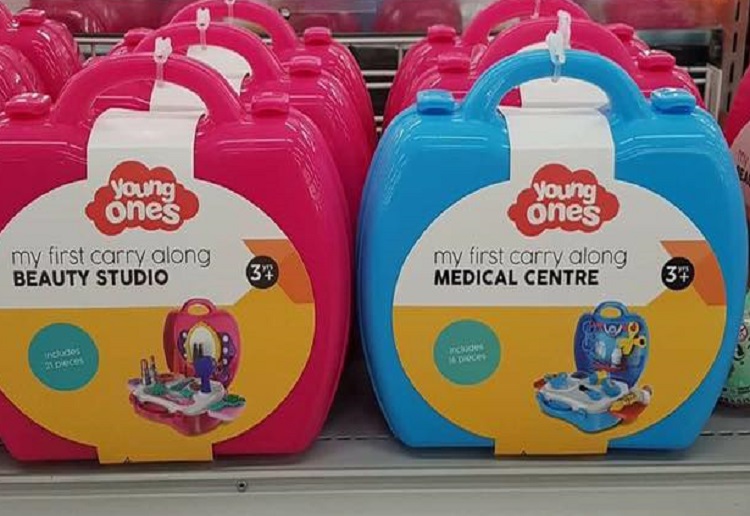 NEW children’s toys stocked at Target have caused outrage among customers who labelled them “sexist crap”.

A beauty case and medical kit introduced at Target have been branded as ‘sexist crap’ by outraged online commentators.

Pictures of the blue and pink toys sparked a heated social media debate — with critics saying the toys reinforce gender stereotypes at a very young age.

While the toys are not explicitly worded as “for girls” or “for boys”, many have claimed the colour-coding makes it clear which gender each toy is aimed at.

The Young Ones My First Carry Along Medical Centre and Beauty Studio are advertised online as being everything a little doctor or beautician needs. 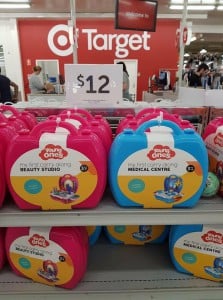 The online description reads: “Your little one’s very own beauty salon studio case with everything that a little beautician needs! My First Carry Along Beauty Studio has over 21 pieces, including; mirror, comb, toy hair dryer, toy nail polish, toy lipstick, clips and more! It all stores in a handy carry case for play on the go!” 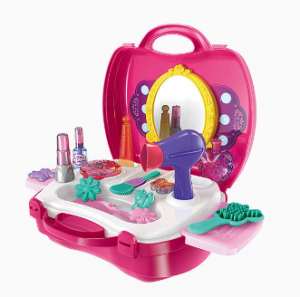 “Your little one’s very own medical case with everything that a little busy doctor needs! My First Carry Along Medical Centre has over 16 pieces, including; clamp, scissors, 1 pair of glasses, tweezers, toy syringe and more! It all stores in a handy carry case for play on the go!” 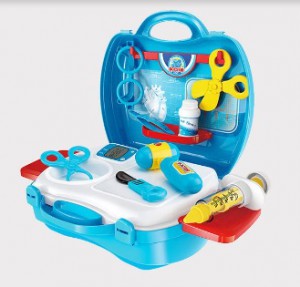 So why are people unhappy with something so generalised?

“Make sure those girls know their place in the world asap heh @Targetaus?” asked one commenter. “What an absolute crock!”

Make sure those girls know their place in the world asap heh @Targetaus ? What an absolute crock! (Photo credit: @LefaSN) pic.twitter.com/7UBjv0Q8jB

“Boycott Target while those items are on the shelves.”

“Won’t be buying from Target!”

“Take a look around the girls/boys clothing section then tell me colour is not subliminal conditioning.”

Twitter users soon defended the toys, saying there was no reference to gender on the product.

“Aren’t you doing the same by assuming Pink to girls and Blue to boys? For the record, my 2 year old niece has the doctor set not the makeup.”

“My 3y/o girl got the “blue” doctors kit and no-one thought anything of it – fancy that! Wake up to yourselves ffs!”

“Get over yourself! why do you want to categorise gender by the colour, girls can take a blue package also.”

“Are you saying that pink is a girly colour Jen Clark? That’s your interpretation. It’s people like you that create the gender stereotype.”

“There is no reference to Girls/Boys on either of those items,” said one user. “I would suggest it’s actually your own biases that cause you to see ‘sexism’”.

“Is it really sexist? Kids love bright colours, they’re not marked as boys vs. girls, so is that just your interpretation?” said another.

Target responded to concerns saying, “We want to assure our customers that we absolutely agree that children of any gender can enjoy whatever toy they like!,” a response from Target’s Twitter account read.

“We want to encourage children to be whatever they aspire to be so are disappointed to hear this.”

I personally just see bright colours, no connection to what gender they are marketed towards at all.

Check out this cute range including a BLUE microwave and cash register. So only boys can use these, right? How dare they!

Do you think they are sexist?