Article Pinks Controversial Confession on How She Raises Her Children 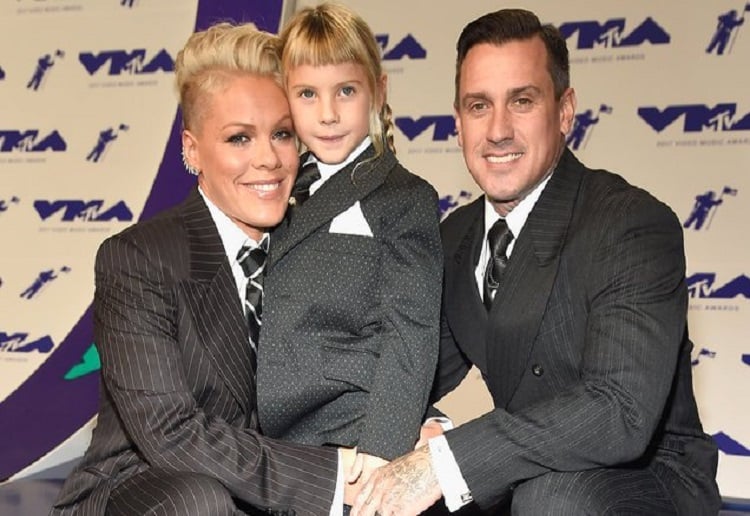 Pink reveals she is raising her children to be gender-neutral.

Back in December we shared how the singer had said she did not want her daughter Willow, six, and 11-month-old son Jameson to be defined by traditional gender roles as they live in a ‘label-less household’.

The 38-year-old also revealed that Willow had told her she wants to marry an African woman when she grows up, while hilariously explaining that the tot informed her she plans to stay with her parents when she meets her ‘wife’.

‘We are a very label-less household,’ the star , who is married to motorcycle racer Carey Hart, 42, told The People.

‘Last week Willow told me she is going to marry an African woman. I was like: “Great, can you teach me how to make African food?”

‘And she’s like: “Sure mama, and we are going to live with you while our house is getting ready.”‘

This week Pink admitted in an interview with People, she’s just taking it “day by day” when it comes to being a mum to her two kids Jameson Moon, 15 months, and Willow Sage, 6½, with husband Carey Hart.

“The thing about parenting is you never know if anything you’re doing is working,” she tells PEOPLE in this week’s cover story.

“That’s been the most humbling thing for me. In my head, I sound amazing and then I turn around and her eyes are completely glazed over. I have no idea. We’ll see.”

She also added, “I feel like gender-neutral is in itself a label and I’m label-less,” she says. “I don’t like labels at all so I believe that a woman and a girl can do anything.”

Pink says she believes in “fairness and justice. And I believe that a boy can do anything. So I have boys that flip dirt bikes and I have boy friends that wear dresses. It’s all okay to me. It’s whatever floats your boat. So that’s the kind of house that we live in.”

She might be a Grammy-winning pop star, but #TheBeautifulIssue cover star #Pink admits she’s just taking it “day by day” when it comes to being a mom to her two kids. Tap the link in the bio to read this week’s cover story. | ????: @peggysirota

A discussion around the topic on Studio 10 in December was very divided in opinions.

“Pink is attention seeking by virtue signalling. The truth is she is worried people have forgotten she exists. Ita is correct. It’s nauseating.”

“Surely if that’s her real intention why has given them names that smacks of a gender… Willow and Jameson.”

“You are either male or female. Not nothing…!”

“You’d think people would concentrate on the real issues that exist with raising children instead of this baloney! What next?”

“Teach your kids right from wrong, respect and manners, play with trucks or dolls and let kids be kids. They will work the rest out themselves…”

“I think it’s more about teaching your child than no matter what or who you are it’s okay to do things that are either typically male or female stereotypical things.”

Singer Paloma Faith, says she wants more kids and wants them “to be who they want to be”.

She revealed “I want two or three kids in all and they’ll be gender neutral.”