Article Placenta breakfast anyone? This dad did! 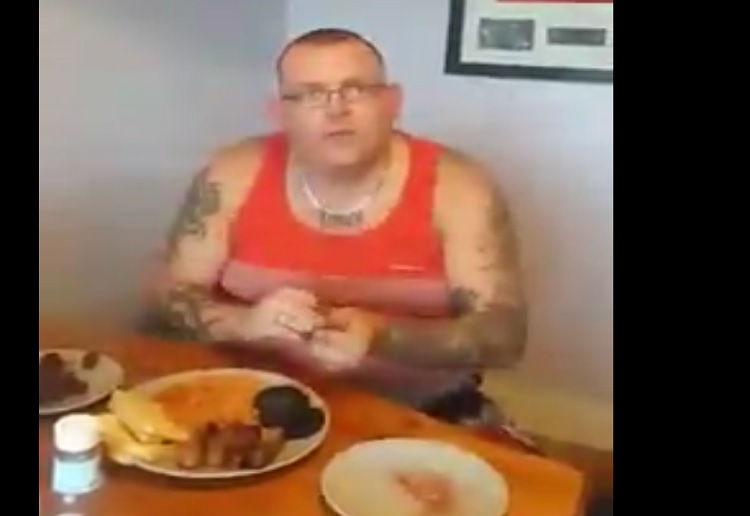 WARNING GRAPHIC CONTENT: Dad called a “cannibal” after he filmed himself enjoying the afterbirth of his newborn son.

Dad sparked uproar after posting a video of himself eating his wife’s placenta with an English fry-up breakfast.

Ross Watson, 32, even added pepper and brown sauce to the placenta, declaring that it was “edible and nutritious”.

In the video, Mr Watson sits down at a dining table with a raw piece of placenta on a plate, a plate of cooked placenta and a normal English breakfast plate of beans, sausages and toast.

“I’ve always said I’m going to eat my wife’s placenta,” he said in the clip.
“It’s definitely better cooked. Nine months in the cooking and about 10 minutes in the eating. Cheers!”

He later posted the clip to Facebook, saying it tasted like a bad steak as the video went viral and was viewed almost 20,000 times.

Someone pass me a bucket please.  The cord was just too much for me.