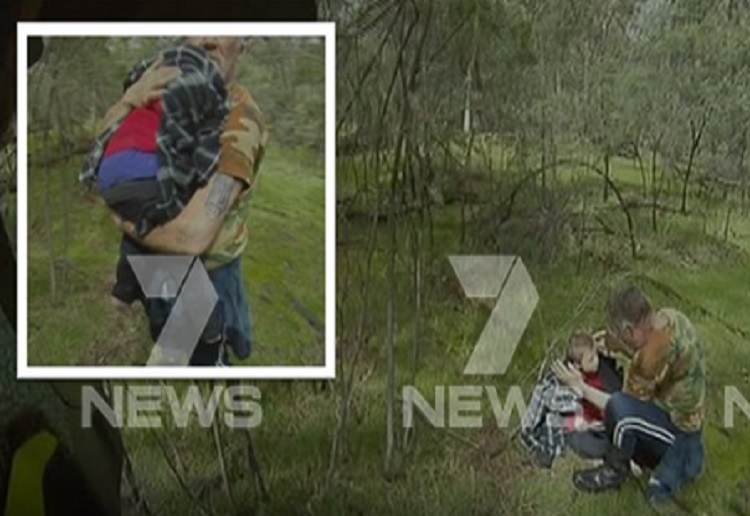 Victoria Police were contacted by Ben’s concerned parents after he went missing from their Chiltern Road address.

Police, SES and CFA members conducted a search of Ben’s parent’s large rural property but failed to find the high functioning boy who has Down syndrome.

An Incident Police Operations Centre has been established at Beechworth Police Station and the search is ongoing.

Additional resources such as the Air Wing, K9 and Search and Rescue are assisting local police.

Police and Ben’s family have released an image of Ben in the hope the public can assist in bringing him home safely.

Anyone who sees Ben is urged to contact the Beechworth Police Station on 5728 1032.

Fantastic news! Missing 6-year-old boy, Ben Dean has been located on Mcfeeters road in Beechworth just past 11:20am.

Ben was found safe and well but will be assessed by paramedics.

Victoria Police would like to thank the public for their assistance and especially to the volunteers who arrived at Beechworth Police Station to assist with the search. What a great result!

The six-year-old, who wandered off from his family’s rural property at 5pm yesterday while playing cricket, told his parents he spent the night with kangaroos and wombats.

Herald Sun reports, Ben, told his parents he saw a police helicopter looking for him, endured bitterly cold overnight temperatures before being found on a nearby property at 11.20am today.

“And I think that was a real underpinning of our hope that he would be found alive and well.

“He will probably have a few bruises and scratches but he’s unbelievably well considering his ordeal.”
Rescuers said he was found sitting on a rock reading a book.

“We can ask Ben but he’s quite a storyteller so it’s hard to tell if what he’s saying is actually true,’’ Mrs Dean said.

“All we know is he ended up about a kilometre-and-a-half I think from the house, through some pretty rugged bushland and over some fences and across quite a major road all in the dark, in the rain.

“So he’s had a pretty good adventure.

“But other than that he just says he was hanging out with wombats and kangaroos and that a massive snake ate his boots. He’s telling a few stories.”

The family thanked the scores of volunteers and emergency service workers who scoured the area, including locals who had never met the boy or his parents.

His mum explains, “He was just gone like a little ninja.’’

“I jumped on the quad bike, I actually went down the hill and he’s probably gone up the hill.

“Immediately I couldn’t see him and I thought: ‘This doesn’t feel right. I need to call the police’.

“It’s been a real rollercoaster and something I will have to put down to some kind of bad dream,’’ Mrs Dean said.

“As the rain set in and it was two or three in the morning we were starting to get pretty despondent and starting to imagine him out there in the cold and the dark and not knowing if he was OK or if he was scared.

“We were just sitting at our kitchen table like we had been for the last 19 hours and suddenly a friend of ours popped her head in and said: ‘They’ve found him’.

“It’s been such an amazing story.

“It’s obviously something a lot of people were following and very overwhelming.

“We can’t be more thankful and more grateful for the graciousness of the community and how quick they were to say: ‘We’ll drop everything. We don’t know you but we don’t care because you live here now and we can’t imagine what that’s like’.

Pics just in show the moment 6y/o Ben Dean was found hidden between trees at Beechworth. The full video in #9NewsAt6 pic.twitter.com/QAZQo3Gw4g

TONIGHT on 7 News at 6PM: Extraordinary first pictures of the moment 6-year-old Ben Dean was located at Beechworth. pic.twitter.com/9NyOzJ7G9E