Urgent safety recall issued for two garments “due to a potential choking hazard”.

NEXT have recalled  a child’s grey or pink fur collar coat and a child’s navy hooded coat after they didn’t meet safety standards required as some of the buttons on the coats could come loose and be swallowed by young kids.

It’s feared parents or grandparents have ordered the coats and secretly stored them away, ready to be opened and tried on Christmas day.

Parents who have bought the coats are now urged to contact Next immediately.

Affected products include a child’s grey or pink fur collar coat and a child’s navy hooded coat with the product numbers 182560 and 191228. 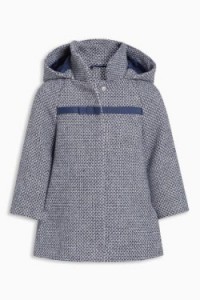 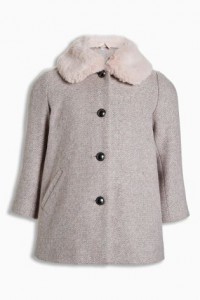 Next insisted that the two items “passed rigorous testing” but its high standards were not met because of the “bulk production”.

In a statement posted online, Next said: “The coats passed the rigorous testing required for children’s wear, however we have identified that the bulk production has not achieved the same high standard consistently.

“We’ve taken the decision of recalling them.”

Next said that anyone who’s bought one of the coats can return it for a full refund.

Earlier this year the retailer issued another safety warning, after finding the lining in a pair of children’s shoes contained a substance that could cause cancer. read more

While we understand Next is a popular UK brand I do know many parents shop online via Ezibuy so may have ordered this item at some point.