Article Pregnant weightlifter hits back at the haters 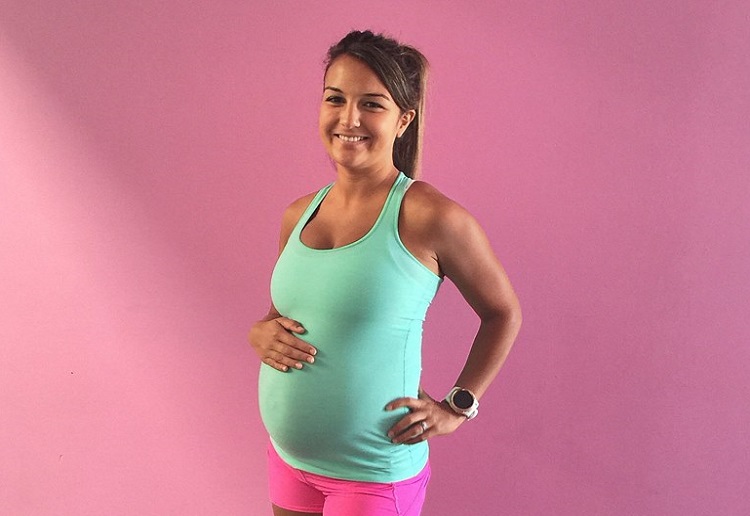 “Exercise does NOT hurt my baby. I’m not going to hide away from bullies. I never have and I never will.”

A pregnant mum has hit back at critics who called her “selfish” and “self absorbed” for continuing to lift weights throughout her pregnancy.

CrossFit trainer Revie Jane Schulz, 24, from the Gold Coast, uploaded a clip of her doing back squats while holding a 40kg barbell at six months pregnant.

She was immediately met with negative comments on social media, with one person writing, “I thought pregnant women weren’t suppose to do heavy lifting like that (sic)?” while another asked, “Is that safe?” 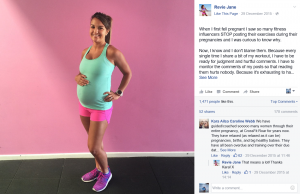 “When I first fell pregnant I saw so many fitness influencers STOP posting their exercises during their pregnancies and I was curious to know why.

Now, I know and I don’t blame them. Because every single time I share a bit of my workout, I have to be ready for judgment and hurtful comments. I have to monitor the comments of my posts so that reading them hurts nobody. Because it’s exhausting to have to constantly educate people. It is so offensive that people question my integrity, my intentions, with my baby. It’s frustrating that we are constantly and consistently judged by a 10 second clip, no matter how scaled the weights are or how big of precautions I’ve taken to make sure the movement is safe. No matter how many conversations I’ve had with my doctor to ensure that this is okay and even beneficial to my baby and myself. Assumptions are made and truly hurtful comments are written. Articles are published, with words like “staggering” and “sparks outage” with images of me squatting with weights, making me out to be some sort of irresponsible, selfish, mum-to-be.

I have chosen to continued posting my fitness regime through pregnancy despite the negativity because it’s what I believe to be best for my baby and myself. I’m not going to hide away from bullies. I never have and I never will. Ill keep sharing my journey, because I want to educate people who don’t realize it can be safe to continue your exercise regime, after you’ve received approval from your doctor and that it has many benefits to pregnancy. And because I know it has inspired other women to have a healthy lifestyle during pregnancy.

Since falling pregnant I have been on Mornings with Sonia and David, published in the Gold Coast Bulletin Newspaper and posted on several international websites going viral. Lots of awareness was raised which is great and positive in so many ways, however at times it was stressful. I was interviewed on a Gold Coast radio station, where I was teased and judged so badly I hung up and burst into tears from the comments that were made. Just yesterday on 9 News Facebook Page they shared an online article “Pregnant CrossFit trainer sparks outrage after sharing video of herself lifting 40kg weights”

Thankfully, there were mostly positive, supportive comments on there, which I was so grateful for. It was encouraging to read so many people know better and back me up. (Thank you legends- We’re making a difference!)

On the Daily Mail I have been posted about several times where people have left comments such as, “OMG how selfish are these cows not being able to give it a rest for a few weeks for the safety of their babies!!!!!!!!!”

“Absolute self absorbed knuckleheads…. If you’re having a baby your child in your belly should always take priority over your figure, and if not then don’t bother having one!”

“No wonder the premature birth rate is climbing”

And those are some of the better comments. Seriously.

I have not once said anything negative about how other women choose to travel through their pregnancy because I wouldn’t question others integrity. Even if it is something Im not 100% sure of, I am not one to pass judgment on YOUR journey so why be so harsh on MINE?

In a time, where all you need as a mum-to-be is love and support, it has blown my mind that I have had to defend myself now, more than ever. So grateful for my miracle, my husband, my family, friends and community who continue to love and support me through all of this.

Exercise does NOT hurt my baby, or me, but brazen, mean, uneducated comments do.
‪#‎empowereachother‬ ‪#‎reviejanesbump‬ ‪#‎love”