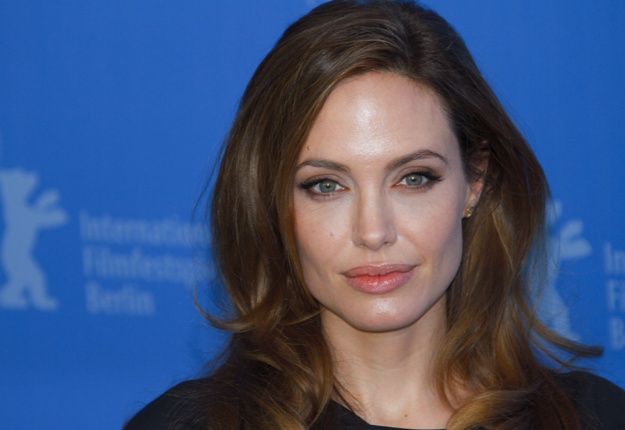 Now Angelina Jolie is admitting that she also thinks about running for office.

“When you work as a humanitarian, you are conscious that politics have to be considered,” the 39-year-old tells Vanity Fair. “Because if you really want to make an extreme change, then you have a responsibility.”

Her high-profile visits to the world’s hotspots already help draw attention to the rights of refugees, but could she do more to influence policy as an ambassador? Senator? Even president? “I am open” to it, she says.

“I honestly don’t know in what role I would be more useful,” she says. “I am conscious of what I do for a living, and that [could] make it less possible.”

As for that beautiful August wedding to Pitt, who turns 51 next month, being married “does feel different,” she says. “It feels nice to be husband and wife.”

In fact, they’re also playing husband and wife on screen, in By the Sea, which she wrote and is directing. “A few friends asked if we were crazy …. [A film about] a married couple going through some difficulties … and I’m directing him.”

But as she explains, their kids have a tactic to sort out arguments. The six Jolie-Pitt juniors wrote their marital vows, and “They did not expect us never to fight, but they made us promise to always say, ‘Sorry,’ if we do. So they said, ‘Do you?,’ and we said, ‘We do!’ ”

Would you like to see Angelina as President?
Main image courtesy of Shutterstock.com