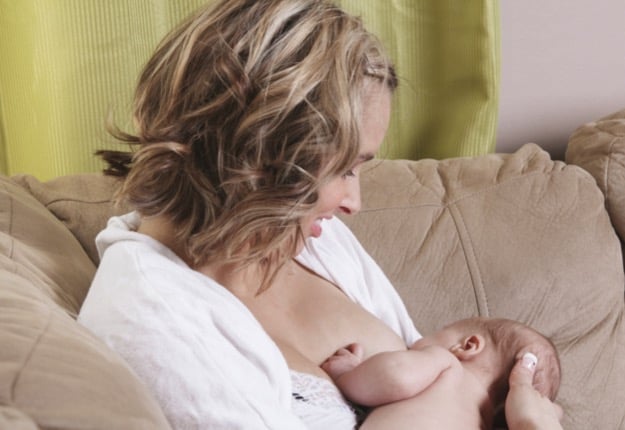 A Queensland café owner asks a male customer to leave her business after he upset a breastfeeding mum.

Jessica-Anne Allen asked a customer to leave her Cheese and Biscuits café that she runs with her husband Stephen in Rockhampton, after “a middle aged gentleman” told a mum breastfeeding her baby to “cover up”.

“We told him that we are a breastfeeding friendly cafe, that we have mothers’ groups and ladies who come and breastfeed all the time and we would never ask a mother to cover up when she is feeding her child,” she said.

“We also told him there were plenty of seats inside, away from the woman and her friends, if he wanted and he seemed fine, and as far as I was concerned that was the end of it.”

“When I put his coffee down, he mentioned that he said something to her and that the next time I should probably ask her to cover up,” Ms Allen said.

“So I informed him I would rather ask him to leave, and I took his coffee and put it in a take away container and asked him to leave.”

“I was afraid that she would feel like she had to cover up from now on.”

“And quite frankly, that is not good enough. It should never have been an issue in the first place because it is a form of adult bullying and is actually against the law to approach a breastfeeding mother and ask her to stop or cover up.

“I have a sister who has a three month old and I would hate to think that something like that was said to her.”

“We don’t have children, so we were really shocked by how common it was that people were being asked to cover up while breast feeding,” she said.

“And I just think it is completely and utterly wrong, because it is a bonding moment for mother and child and sight is a big part of that and to cover the child up so they can’t see mum, would take away from that.

“We didn’t do anything great; we just did what was morally right.”

Good on you for standing up for mums doing what is natural! I really can’t believe we are still having the same argument. Seriously people?