Creative Gourmet mixed berries has recalled a “relatively small batch” of its 300g product sold in independent supermarkets across Australia as a precaution after it was linked to three cases of hepatitis A.

Entyce Food Ingredients said it was notified by the Department of Health and Human Services (DHHS) that one unopened pack had registered an inconclusive test for the virus.

The company had earlier said the packet had tested positive to traces of hepatitis A.

A second test was negative but the product was voluntarily recalled as a precaution.

“Consumers should be confident that the recalled batch of Creative Gourmet Mixed Berries 300g is an isolated one that is no longer available on supermarket shelves,” it said in a statement. 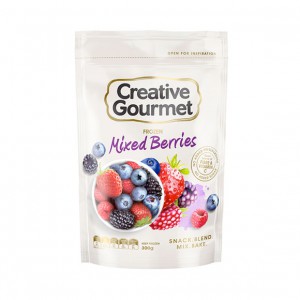 The product was being sold in independent supermarkets including IGA, Foodworks, Foodland, SPAR and Supabarn with the batch number PP150118.

Food Standards Australia New Zealand (FSANZ) said the product could be linked to three cases of the virus.