Recipe Waldorf Salad – the not so naughty version! 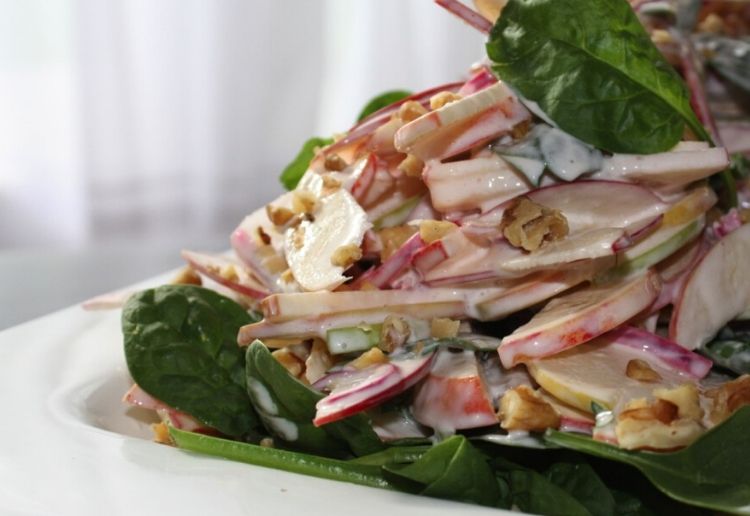 This Waldorf Salad Recipe brings you all the deliciousness of a traditional Waldorf Salad only with a lightness your heart will thank you for!

Who remembers the gluggy, gluey Waldorf Salads from the 1970s? Where the recipe literally called for a whole jar of mayonnaise dumped over chunks of apple and celery.  OMG, it was like munching through a weird fat smothered fruit plate.  And god forbid if there were sultanas in there too!

According to The Kitchen Project, the Waldorf Salad was originally created in 1896 at New York’s Waldorf-Astoria Hotel.  It wasn’t a creation made by a chef but rather the dining room manager Oscar Tschirky. Apparently it was an instant success.  It seemed the recipe hasn’t changed much since then given our memories are that of a Waldorf Salad that contained just apples, celery and mayonnaise.

In fact, this Waldorf Salad was born on a day we were having a Sunday lunch that included a lovely big roll of Roast Pork.  There was going to be loads of pork crackling and that would be quite enough fat for the family! So rather than produce apple sauce and then a salad, we decided to combine the two.

The traditional Waldorf Salad ingredients are still all included – we’ve just lightened it up and added a little twist or two.

The great thing about this recipe is that you can add and subtract as much as you like.  This salad made enough for 6 adults with a little left over for the kids who are old enough to eat salad.

Do you have a favourite salad?  Or a new take on an old recipe?  Do share – we love to hear from other mums.

Notes... This salad teams up beautifully with any pork dishes but is also just as happy as one of the salads at any barbecue.   A note to remember is that the onions and apples will stay crisp for quite a while once in the dressing but the spinach leaves will start to wilt once they are ‘dressed’.  So best to put the salad together at the last minute to ensure maximum crunch … which is what the Waldorf Salad is so famous for!
Here's a few more classic salads you might like to try: 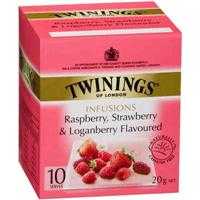