Article Schapelle Corby Is Allegedly Pregnant With Her First Child 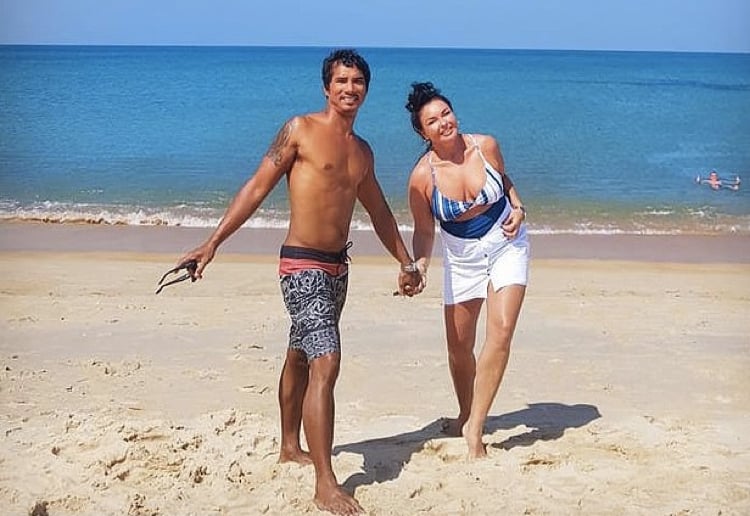 There looks like there could be a new arrival for Schapelle Corby in the new future as the gossip mills are whirring that she is reportedly pregnant with her first bub.

The infamous Corby, has had us speculating for a while now if and when she would be announcing a pregnancy with Ben Panangian, an Indonesian surfer, that she has been in a long-term relationship with and whom she first met at a church service at Kerobokan Prison in 2006, as reported in the Daily Mail.

She is wearing a baggy top so there’s not yet any clear evidence of a baby bump but in the pics, she does place a hand over her tummy. (Could be a sign???).

The Aussie woman, who spent just under a decade in an Indonesian prison for drug smuggling, also shows off a sparkly ring on her wedding finger, causing rumours to fly that she is engaged.

Earlier this year, Corby spoke to Woman’s Day saying that they (Ben and her) were trying for a baby. She said that was hoping to fall pregnant on holiday in Thailand in April.

Ben is unable to visit Australia, as he holds a criminal record, so the couple only gets to spend two weeks together in the whole year.

While Corby is allowed to re-enter Indonesia (which is actually quite unusual for a former convicted prisoner), the couple chooses to meet up in places where visas are not a requirement.

Corby captured the world’s attention during her high-profile arrest in Bali in October 2004, when she was nabbed carrying 4.1kg of marijuana wrapped in plastic inside her boogie board bag.

She was originally sentenced to 20 years in jail but was eventually released on parole after nine years behind bars and was deported back to Australia in May 2017.