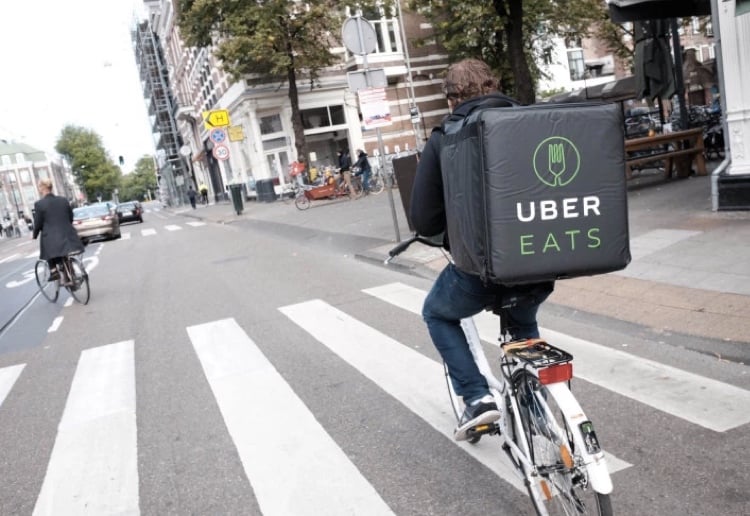 A school in Sydney has issued a warning to students about using the food delivery service in their lunch break.

Teachers are fighting a losing battle as more and more students jump on board the UberEATS craze, even during their lunch break at school. Instead of collecting a handful of coins from their bag and heading to the canteen, students are now turning to their phone to have food delivered from their favourite eateries right to the school gate.

Canley Vale High School in Sydney’s south-west issued a statement on their Facebook page announcing a ban on the use of UberEATS during school hours.

A spokesperson for the school told the Daily Mail that it was an issue of safety. “Children shouldn’t be approaching someone at a gate,” they said. We have to admit that as parents, there is an assumption that teachers will ensure that children will be safe at school, which makes it hard to argue with Canley Vale’s strict approach.

Not all parents believe that the school’s approach is in the best interests of its students, despite the legal age of users on UberEATS restricted to 18 years and over. One parent said, “what a joke…stop this narcissistic ruling of non-freedom right now and let students decide how they live their lives!” Another said, “with the way canteen prices were going before we left, I’m not surprised the kids are using UberEATS.”

A similar issue arose last year in Adelaide, when Marryatville High School banned the use of the app following concerns for safety as a result of students leaving the school grounds to collect their delivery. An UberEATS spokesperson told TripleM “If it comes to our attention that an account is being used by a person under the age of 18, we will take appropriate steps to prevent the account holder from accessing the UberEATS app.”

Personally, we’re amazed that teenagers can afford UberEATS – maybe we need to look at making our canteens more diverse, with healthy options, to ensure that students are content with what’s available inside the school grounds.

Do you think students should be allowed to have food delivered to school? Tell us in the comments below!