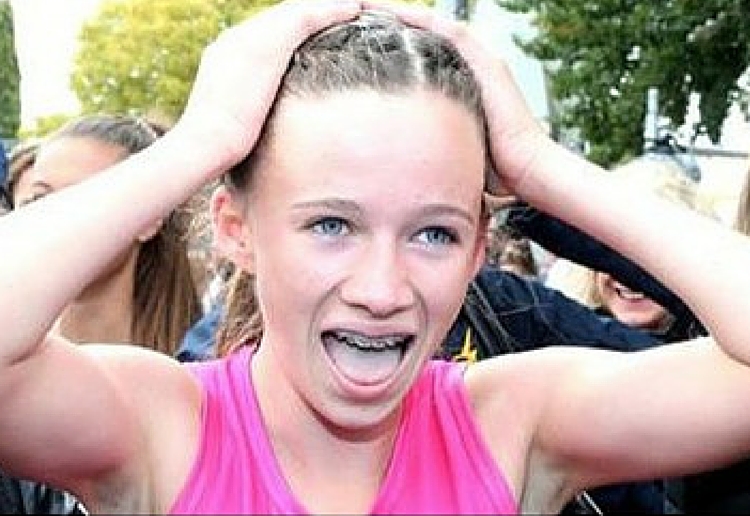 “It’s just been crazy, I’d never think in a million years I’d have won the Stawell Gift,” said Talia who was in tears after the race.”I’m so happy I can’t even process it.  I’ve always wanted a hoverboard but was never allowed and so I’m hoping a few hundred dollars will go towards that.”

Talia is the niece of dual Stawell Gift finalist Tony Martin, and told ABC News it was an emotional win.

“My aunty passed away two weeks ago and she always came down to Stawell with us and it’s been really hard without her,” Martin said. “Hopefully she’s watching me from up in heaven and she’s really happy.”

Controversy surrounded Talia’s win however, with a fine of $2,000 being imposed upon her after stewards found her run was seven metres faster than her run at another event less than a fortnight ago.

Victorian Athletic League’s chief steward Brian Marantelli said Talia’s support camp did not have any reasons for the slower run.

“We have a standard where if there’s an improvement of four metres within a limited time the particular runner is up for a stewards review,” he said. “The previous run was seven metres slower than the Stawell run and it was 12 days ago.”

The 120-metre Stawell Gift is one of the world’s most prestigious foot races and has been held in all but four years since 1878.