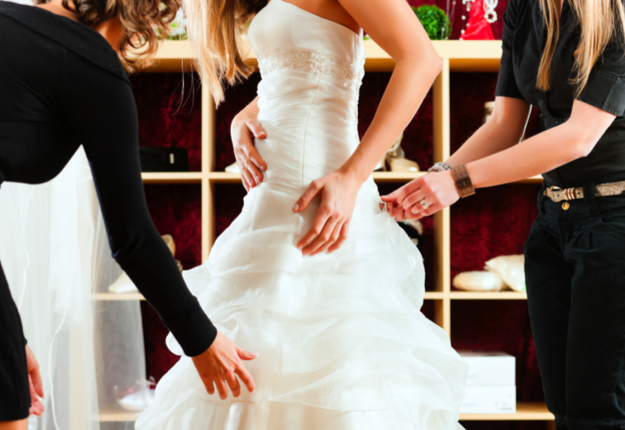 Parents support teacher who was fired shortly after she posted pictures of her same sex wedding on social media.

Jocelyn Morffi had been teaching at Saints Peter and Paul Catholic School in Miami for seven years until Thursday when her employment was promptly terminated.

The firing of the much-loved teacher came less than a week after she posted pictures of her wedding to her girlfriend and the “love of her life” on Facebook, ABC News reports.

Nearly a dozen parents with children who had been in Mrs Morffi’s class fronted the school to protest the firing, many calling her a “great teacher”, adding they were aware she was gay.

In defending the firing, spokeswoman for the Archdiocese of Miami Mary Ross Agosta said Mrs Morfii “broke the contract she signed when she began teaching at a Catholic school”.

The termination was apparently triggered by a moral turpitude clause that was enacted, suggesting that had Mrs Morffi not posted about her wedding online she would have kept her job.

The day after her firing, Mrs Morffi addressed the matter online.

“This weekend, I married the love of my life and, unfortunately, I was terminated from my job as a result. In their eyes, I’m not the right kind of Catholic for my choice of partner,” she wrote.

Her lawyer told ABC  News she was considering what legal action to take.