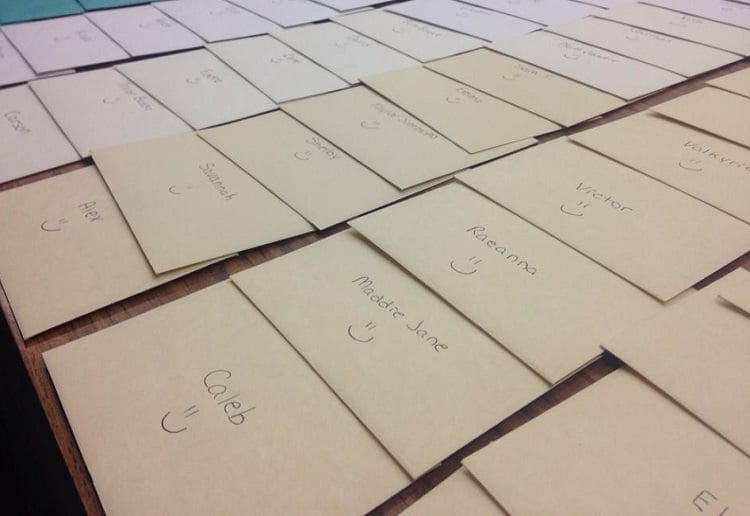 Brittni Darras works at Rampart High School in Colorado Springs. Two months ago, one of her students tried to take her own life.

The young girl deleted her social media accounts and left goodbye letters, convinced that no one would miss her.

Thankfully police intervened and prevented it from happening.

When hearing this story from the girl’s parents, Ms Darras decided to write her a personal letter.
She then took the time to write a handwritten letter for each and every one of her other students, with messages like “You inspire me to a better person” and “I hope you know how special you are to me”. 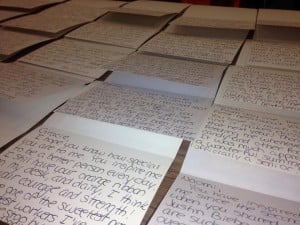 Two months ago was the first time I cried during parent/teacher conferences. A mom of a student who I have taught for two years showed up at my table with a list of her daughter’s teachers. Each one had “yes” or “no” written next to it. My name had a “yes” next to it, so she proceeded to explain to me the reason for her daughter’s extended absence. Her daughter- a friendly, intelligent, beautiful, driven, young woman- not only planned to commit suicide, but was in the act of doing so when the police got a Safe 2 Tell report, broke in, and stopped her. She had deleted her social media accounts and left goodbye letters; she was ready to leave the world. As her mom sat across from me, we both had tears streaming down our faces. Feeling helpless, I asked if I could write my student a letter to be delivered to her at the hospital; she said her daughter would love that. My student got the letter; her mom said that her daughter cried, turned to her mom and said, “How could somebody say such nice things about me? I didn’t think anybody would miss me if I was gone.” It made me realize that I was way too close to losing another student to suicide. I spent the next 2 months writing cards to every one of my students- over 100 of them- telling each one what is special and unique about them. Suicide is growing to be more and more common, and I can’t help but to think that it’s a direct result of the pressure we put on these kids- to be successful, to fit in, to be the best in their class/sport/etc. We need to remember that each human being is unique, and that is what makes them special. Instead of trying to change it, we need to embrace it, because together, we can make a difference, and we can save lives! ‪#‎suicideawareness