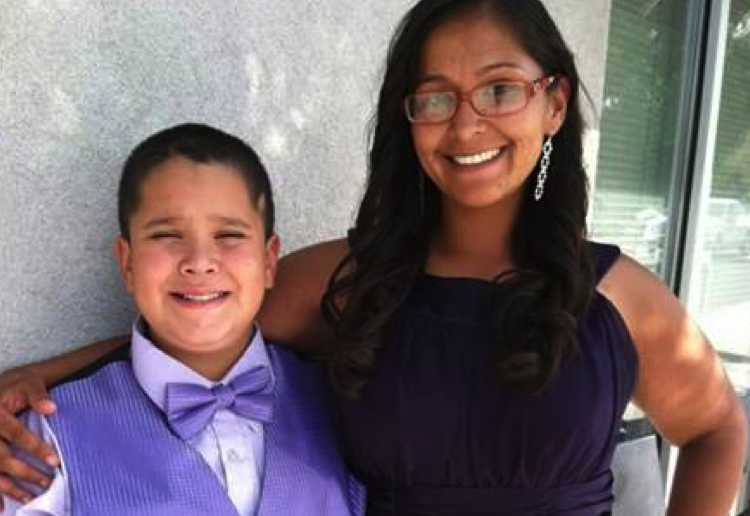 “Mama, can you make me TWO lunches today?”

This is the question Josette Duran was asked by her 14-year-old son.

And while the New Mexico mum initially thought she wasn’t feeding him enough, her concerns were quickly put to bed when it was revealed the extra food was for one of Dylan’s classmates.

“..its for this boy. He only eats a fruit cup for lunch can you make him lunch too? I don’t think he has lunch money.”

Josette sent Dylan to school with sandwiches and snacks for both boys for over a month, along with some encouraging sticky note messages.

While this incredibly kind gesture understandably made Josette proud, it has also taken the internet by storm after she shared the original conversation on Facebook. 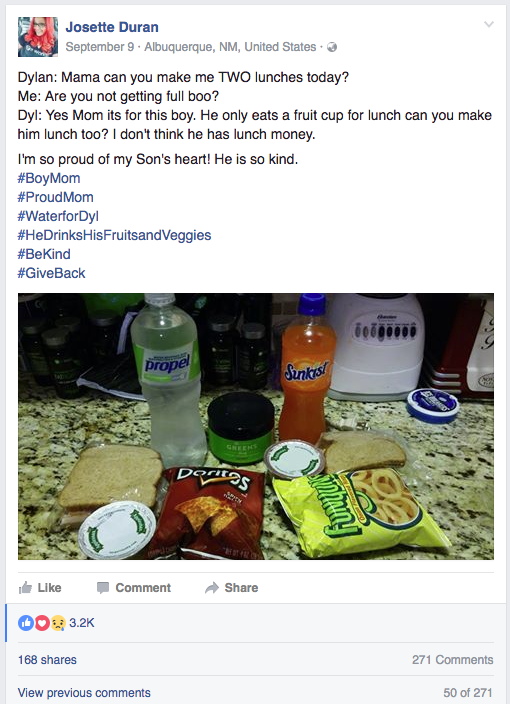 Speaking about the experience to USA Today, the volleyball teacher shared that she didn’t know much about her son’s new friend until last week when she met he and his mum at Dylan’s school, an encounter she was initially anxious about.

“Because in this day and age, when you try to help somebody, some people get offended by it. People aren’t used to kindness,” she said.

“So I was kind of scared. I didn’t want her (the mom) to think that I was stepping on her toes, or crossing boundaries, but she was very, very thankful and told me so. She told me how much she appreciated what we did.”

The boy is now receiving federally funded meals and Josette is back to making just one lunch a day.