Article The big dangers for children on a jumping castle 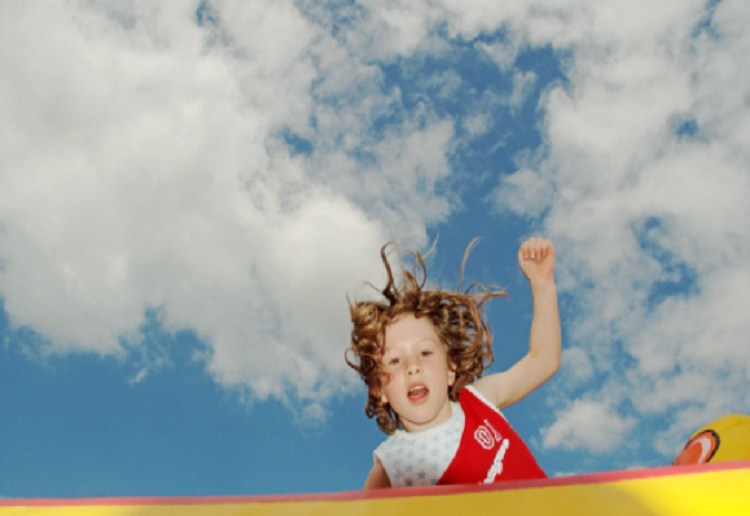 A three-year-old girl was taken to hospital after she fell eight metres from a jumping castle that became airborne.

The toddler was playing on the castle at Queensland Gaelic Football Association, in Willawong, when a peg became loose and a gust of wind launched it into the air about 3pm, 9NEWS reports.

One witness said the castle travelled about 20m through the air.

The girl was knocked unconscious when she fell about 8m from the castle, paramedics said.

She also suffered head and back injuries, and had regained consciousness by the time paramedics arrived.

Paramedics took her to the Lady Cilento Children’s Hospital.

This is not the first case of similar accidents on a jumping castle.

Kidsafe Victoria president Mark Stokes said in 2007 that a national safety standard should be implemented immediately to cut the death toll from the “toy”, which has been a popular feature of children’s birthday parties around Australia.

Dr Stokes said that statistics from the Victorian Injury Surveillance Unit showed that in that state alone, 486 injuries were attributed to inflatable jumping castles in the past decade.

Monash University report that over a decade, January 2001 to December 2010 there were 784 Emergency Department presentations in Victoria alone for injuries in children aged 0-14 related to ‘jumping castles’. Most cases were treated in the ED and discharged home, 11% were more seriously injured and required admission to hospital for further observation and or treatment.

KIDSPOT reported on a case that occured in 2001, where an eight-year-old South Australian girl Jessica Gorostiaga was killed after the jumping castle she was playing on was blown into the air. Another 15 people were injured in the incident and coronial inquest into Gorostiaga’s death found that the jumping castle was inadequately anchored.

Then again, in Victoria in 2014, a jumping castle hired for a birthday party took flight, throwing out three teenagers as it was swept up in high winds. One girl was flown to the Royal Children’s Hospital in a serious but stable condition after she and two friends fell 3m from the airborne castle.

Whether it is you that is hiring one, or the parent of a child using one, there are some safety checks you can make continued Rebel.