Article The celebrity rumour mill is in overdrive… 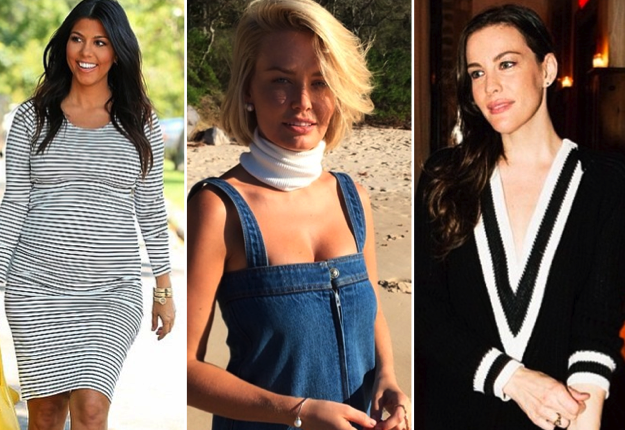 It seems like every time you turn on the TV, another celebrity is pregnant.

While some stars have confirmed their exciting news, others understandably like to stay mum.

Here’s what the gossip mags have to say this week, and if the rumours are true, being a mum is such a special experience that we couldn’t be happier for these gorgeous stars.

A Bingle Baby is on the way

If reports are to be believed, Lara Bingle and Sam Worthington are expecting their first child together.

Friends close to the couple revealed that 27-year-old Lara is “in the early stages of pregnancy,” and while the “pregnancy was not planned at all…it’s still a really happy time for them both.”

Kourtney Kardashian revealed back in June that she is expecting her third child with partner Scott Disick.

And now friends have told InTouch magazine that the couple is preparing to welcome another little girl, revealing “They just found out…Kourtney is thrilled.”

The couple are already parents to son Mason, 4, and two-year-old Penelope.

Mila Kunis is due any day now

Despite the fact she never revealed her due date, gossip mags are speculating that Mila Kunis is just days away from giving birth.

The actress confirmed that she and partner Ashton Kutcher were expecting their first child on The Ellen Degeneres Show back in May, telling the comedian that she was planning to have a natural birth “Sometime this year, I promise you.”

Last week, it was reported that Liv Tyler is expecting her first child with boyfriend David Gardner.

The actress is yet to confirm the news, despite being spotted with a growing baby bump while taking her 9-year-old son Milo to school in New York this week.

Where do you stand on the rumour mill? Do you like to read these celebrity stories, even if they’re not confirmed?