Article The Deadly Dangers of Vaping For Our Teenagers 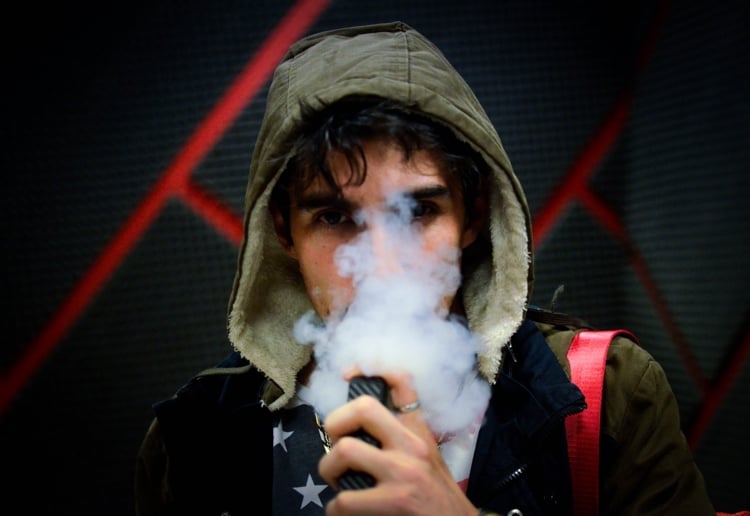 It may not be so cool to smoke cigarettes these days, but vaping is pretty much as deadly and it’s becoming a big problem amongst our teenaged school children.

There is also a concern that vaping is a gateway to conventional tobacco cigarettes.

It’s no wonder that vaping is becoming popular amongst teens – they’re easy to get, easy to hide and there is not usually a detectable smell.

However, the worry is that e-cigarettes can be just as dangerous as traditional smoking. Let’s take a closer look at the warnings.

Vaping: As an imaging scientist I fear the deadly impact on people’s lungs

A recent report in the New England Journal of Medicine on 53 confirmed cases of young e-cigarette users hospitalized with severe lung toxicity and injury clearly shows that this is the case. The average age of these patients was 19.

A relatively short history of vaping has led to hospitalization, weeks of intensive care, lung failure, the urgent need for a heart-lung bypass machine and then, after all attempts have failed, needless deaths in otherwise healthy young people.

As a lung-imaging scientist, I develop new ways to see inside the chest so that lung abnormalities can be easily measured and monitored in patients. I see the devastating effects inside the lungs of cigarette and cannabis smokers. I also see how the airways are destroyed and how millions of air sacs appear demolished or completely wiped out, all of which results in severe breathlessness, miserable quality of life and then death.

Because of my experience developing new ways to image the lungs and seeing the impact of inhaled smoke and gases on lung health, I have been disturbed that government and other regulators have taken a hands-off approach to the risk of e-cigarettes.

I am alarmed that e-cigarette marketing is so pervasive, persuasive and widespread, especially when this marketing targets children and teenagers in whom lung growth and development has not yet completed.

Oily substances found inside the lungs

In some of the recent reports about patients with vaping-associated lung toxicity, oily substances were found inside their white blood cells, lung tissue and airways.

While these oils may be related to the e-cigarette nicotine and THC mixtures these patients used, it is not clear yet — and remains difficult to understand — how such serious, life-threatening lung disease can be set off by e-cigarette use.

I think it’s helpful to visualise this by imagining a pound of butter as a solid and by melting into a liquid and heating again at high temperatures, the butter becomes a gaseous vapour, which can be inhaled. The buttery vapour coating, while delicious on popcorn, forms a solid again when it cools inside the lungs and becomes a toxic initiator of lung inflammation and failure.

E-cigarettes have been promoted as a safe, cool alternative to cigarettes. Not surprisingly, this marketing has worked well in children and teens.

During 2017-2018, the rate of high-school students using e-cigarettes in the united States doubled to 21 per cent, which is greater than the rates of tobacco smoking among children and adults alike. Estimates for 2019 suggest that one quarter of North American high school students use e-cigarettes.

Vaping devices also provide the ultimate flexibility — mixing and matching inserts, oils and active ingredients is relatively easy to do. This means that products are being marketed and sold to kids who have the time and energy to invent new mixtures, have a high tolerance for risk and have a complex need for peer-approval to try them out too.

What could possibly go wrong? Why are we surprised by the current situation?

We have known for decades that lung damage occurs because of chemical exposures in at-risk occupations and from chronic inhalation of gases and smoke, so I wonder why anyone would assume that e-cigarettes would not be dangerous and damaging too?

I wonder why resplendent and aggressive marketing of e-cigarettes is acceptable in corner stores and gas stations everywhere while cigarettes are rightly held, incognito, behind locked, opaque shelves in the same store.

Even worse, small “vape shops” also offer after-market replacement products for free — many of which have dubious origins and no safety testing. This has to be exposed, investigated and stopped.

Fad-flavoured e-cigarettes must be banned

For all these reasons, regulation of vaping products, their advertisement and placement in stores need to be reconsidered and tightened up similar to tobacco products.

Fun- and fad-flavoured e-cigarettes that are directly promoted to children should be banned. Health-care professionals and scientists need to shout out about the dangers, outside of their offices, labs and clinics — until things change.

Multinational corporations including Big Vape, Big Cannabis and Big Tobacco have a history of finding — and will continue to find — new and ingenious ways to profit from adults’, teenagers’ and children’s tragic decisions, addictions and mistaken understandings about inhaled product risks.

[Expertise in your inbox. Sign up for The Conversation’s newsletter and get a digest of academic takes on today’s news,day. ]

Are you concerned about your child vaping? Tell us in the comments below.