Article The history of Mothers Day 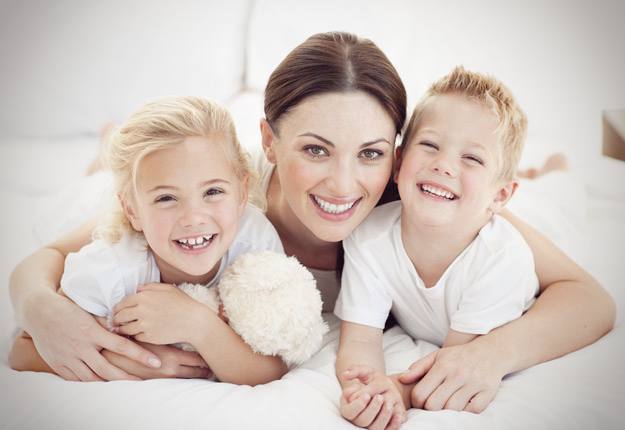 Mothers Day was celebrated in the UK on Sunday 26th March this year.

It was lovely for me to see photos on Facebook of my friends celebrating with their children. Originally from Scotland, I have lived in Sydney with my husband and two daughters since 2007.

I have often wondered why this day is celebrated on different days in different countries and so decided to do a bit of research.

Reading about the history of this day, I discovered that an American social activist named Anna Jarvis (1848 from Philadelphia) persuaded the US government to announce an official day to honour mothers, and so she is regarded as the “Mother of Mother’s Day.” She dedicated her life to the cause after her own mother’s death.

I can relate to this. My mum died 12 years ago and I still reminisce about how special she was, how she loved me unconditionally and how I wish I’d appreciated her more when she was here.

I think celebrating Mothers Day is a lovely tradition and a great way for us to show our mum, mother-in-law or grandmother how much we appreciate her. However, I do find it a bit disappointing that it has become so commercialised.

Jarvis agreed even back then, she said, “I wanted it to be a day of sentiment, not profit.” She also commented that she didn’t approve of the selling of flowers or sending of cards because she thought this to be a poor excuse for the letter that should be handwritten or a gift handmade to show our mother how much we appreciate her. My mum always loved flowers. I remember her saying “I’d rather have them now than on my grave.”

Mothering Sunday actually began even before Jarvis named it. For centuries the tradition was for people to return to their ‘Mother Church’ on Laetare Sunday in the middle of Lent. The day often turned into a family reunion and a chance for children working away from home to spend time with their mother. Wild flowers were often picked from grass verges on the way home from church and put in a glass jam jar with water, and given to mother. It is now against the law to pick flowers from a public place.

The day took off in Britain when Constance Smith, a vicar’s daughter was inspired by a 1913 newspaper report of Jarvis’ campaign and she pushed for the day to be officially marked in the UK.

Interestingly, neither Jarvis nor Smith became mothers themselves. Mothering Sunday became a popular celebration with various parish groups across Britain. Scouts marked the day by adopting the traditions of American soldiers during the war.

By the 1950s it was celebrated throughout Britain and businesses relished the commercial opportunities.

Simnel cakes are often associated with Mother’s Day. During Lent people didn’t eat sweet or rich foods as part of their fasting regime.  This fast was allowed to be lifted on Mothering Sunday and many people made Simnel cake, a light fruitcake decorated with 12 marzipan balls to represent the apostles.

For my birthday this year, my girls gave me 52 little paper scrolls in a jar, each was individually tied with a thin silk ribbon. On each scroll they had written a ‘mother’ quote. I open one each week so I can enjoy this gift for the whole year. Some of these quotes are inspiring, some funny, some appreciative, all praise the job of motherhood. I thought I’d share them with you here and maybe you could pass some of these loving wishes on to your mum, mother-in-law, or grandmother.

The dictionary definition of a mother: “one person who does the work of 20 for free!”

To the world you are a mother, but to your family you are the world.

A mother can take the place of all others, but her place no one else can take.

Of all the gifts that life has to offer, a loving mother is the greatest of all.

Mothers hold their child’s hand for a moment and their heart for a lifetime.

My kids think I’m a great mother because they have no other to compare me to.

When I feel like I’ve failed, I am reminded that in my kid’s eyes I’m super woman.

Always love your mother cause you’ll never get another.

God could not be everywhere so he created mothers.

We may not always see eye to eye.  But we do always feel heart to heart.

It’s not until you become a mother that your judgment becomes compassion.

It’s not easy being a mother, if it was fathers would do it!