Article There Is Now Such A Thing As Philadelphia Caramilk Cream Cheese! 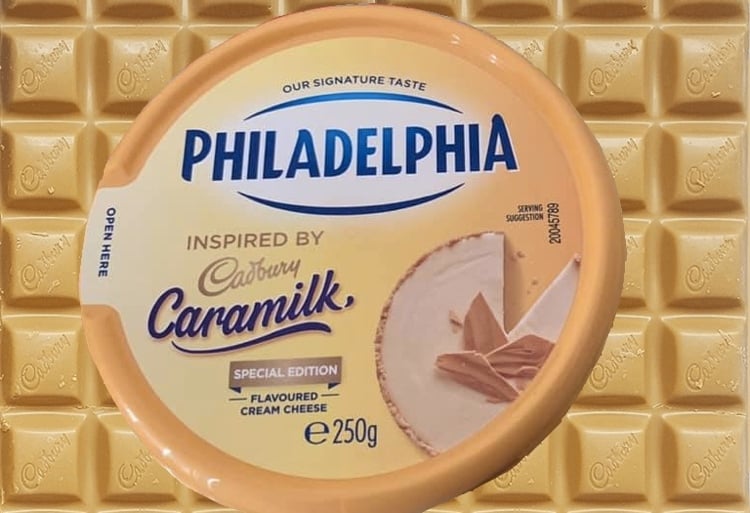 We just can’t contain all our excitement. First, we get our beloved Caramilk back (even if it tastes and looks a bit different). And now Philadelphia has announced that they are launching a Caramilk inspired cream cheese.

The new dessert-style cheese is a delicious collaboration between the giant dairy brand and Cadbury’s and it’s called ‘Philidelphia Inspired By Cadbury Caramilk’. We actually cannot think of a more scrumptious partnership

The launch of the new creamy treat has been without any pomp or fanfare and the tub has just magically appeared amongst all the other cream cheese plebs in the supermarket fridge.

The announcement was first shared on facebook, where eagle-eyed shoppers have reported buying the cream cheese holy grail in Woolworths and IGA stores. 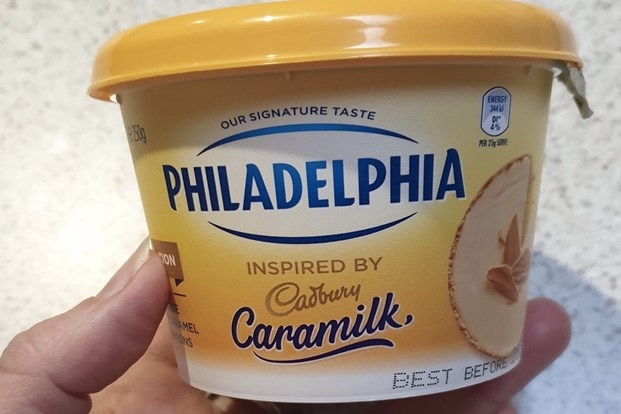 My brain is now working in overdrive coming up with all the kinds of yummy recipes I can make with the new cream-cheese/chocolate combo. Clearly a Caramilk cheesecake would be the star (a cheesecake is actually featured on the tub packaging). Perhaps Caramilk mousse or brownies. YUM!

We reached out to Philadelphia Australia for comment and they have confirmed that “it’s available in some IGAs now but will be launched into most supermarkets shortly.”

Hmmm….this has opened up a whole new world of dessert cream cheese. I wonder what chocolate will be next. How about a Nutella cream cheese?

What would you make with the new Caramilk cream cheese? Tell us in the comments below.