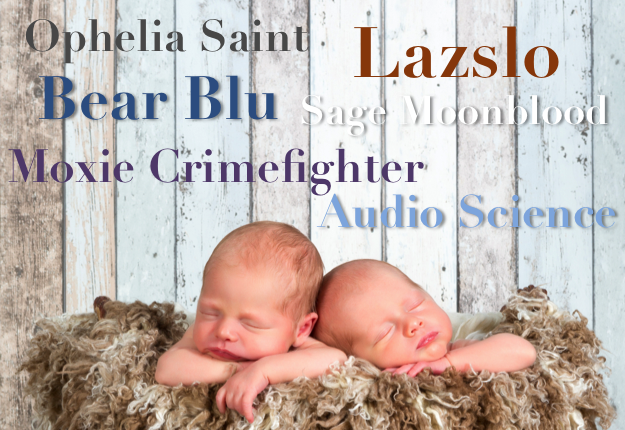 A new wave of little babies has arrived to a host of lucky celebs, and they’ve all picked left-of-centre names. See what you think …

Not that out of the ordinary. But take the Saint part and make that a first name? That’s what Fall Out Boy’s bass player Pete Wentz has chosen for his new little boy – Saint Lazslo.

His girlfriend, model Meagan Camper, gave birth to Saint on Aug. 20 and “They are thrilled at the addition to the family and Bronx is over the moon to be a big brother,” said a rep.

Bronx, now 5 1/2, is Wentz’s son with former wife Ashlee Simpson. His full name? Bronx Mowgli Wentz. Mowgli is because the parents “bonded over” The Jungle Book, said his dad, but with Bronx, “We came up with the idea.”

Unusual names are nothing unusual in celebrity-land, and it doesn’t take long to get used to what seems at first a strange name choice.

Remember how you first reacted on hearing Apple and Moses, Harlow and Sparrow, Shiloh and Pax and their gang and the late Paula Yates’s collection of odd but now quite sweet-seeming daughter’s names?

But perhaps it takes a little longer to get used to Pilot Inspektor, Audio Science, Kal-El, Sage Moonblood and Bear Blu.

US magician Penn Jillette has a little girl called Moxie Crimefighter – yes really.  “Moxie is a name that was created by an American for the first national soft drink and then went on to mean chutzpah, and that’s nice,” said her father, in defence of unusual names. “It’s only the losers named Dave that think having an unusual name is bad, and who cares what they think. They’re named Dave.”

What’s your child-naming philosophy? Will you follow Poppy Montgomery’s advice? 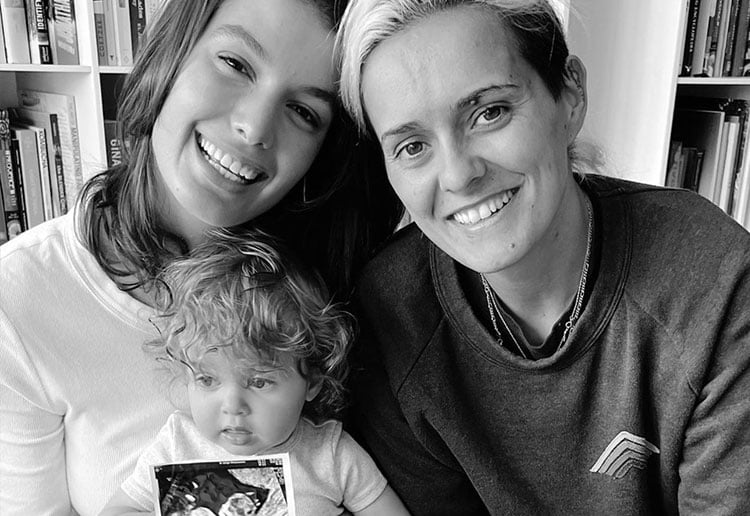