Article Read this before naming your baby! 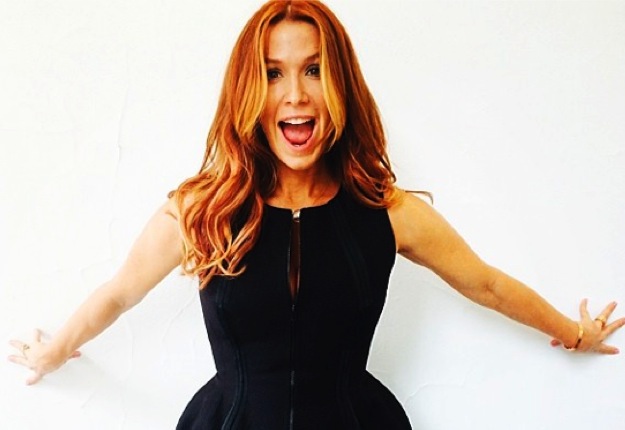 Australian actress Poppy Montgomery (Without a Trace) has her third baby on the way.

People often ask her if she’s picked out a name yet for her unborn son, and she wonders, “What if I mess it up?”

Six years ago when she was having her first, Jackson, she was going to call him Jack, because Jack Kaufman was “a strong, simple name, but still edgy and cool.”

That’s until she got to hospital to have the baby and announced to her relatives, “Little Jack is on his way! I can’t wait to meet him.”

Her father-in-law said, “You’ve got to be kidding me. You can’t name the kid Jack with a last name like Kaufman.”

When she asked him (between contractions) why on earth not, “He took my hands. ‘This is the greatest gift I will ever give my grandson,’ he said with a little smile. Then simply, ‘I want you to say Jack Kaufman three times fast.’”

OK, so “Jack-off man” was not going to work. Hence, Jackson.

Given that the 39-year-old actress grew up with Poppy Petal as a name, she points out almost nothing “can label a child for the rest of his or her life like a name. What might be fun and quirky initially (‘I’m the mother of Pearl Button!’) might well be regretted when the child is older and goes to school.”

“Imagine introducing yourself to a crowd as Doug Hole, Hazel Nut or Richard Head?”

At her 6th birthday party, the cake was unfortunately decorated for an old man – a Poppy. (Her sisters, by the way, are called Marigold Sun, Daisy Yellow, Rosie Thorn, Lily Belle and then there’s brother Jethro Tull. For real.)

Here, then, are Poppy Montgomery’s guidelines for choosing a baby name:

1. Keep it simple and honour the things you love.

2. Make a list of your top three names and start using them now, BEFORE baby arrives. Try it on for size. Yell it from the top of the stairs. Sing it in a lullaby.

If your love for it doesn’t diminish and the first one sticks, VOILA! If after a couple of weeks you can’t stand the sound of it, move on down the list. (We went through about 10 before we finally fell in love with Violet.)