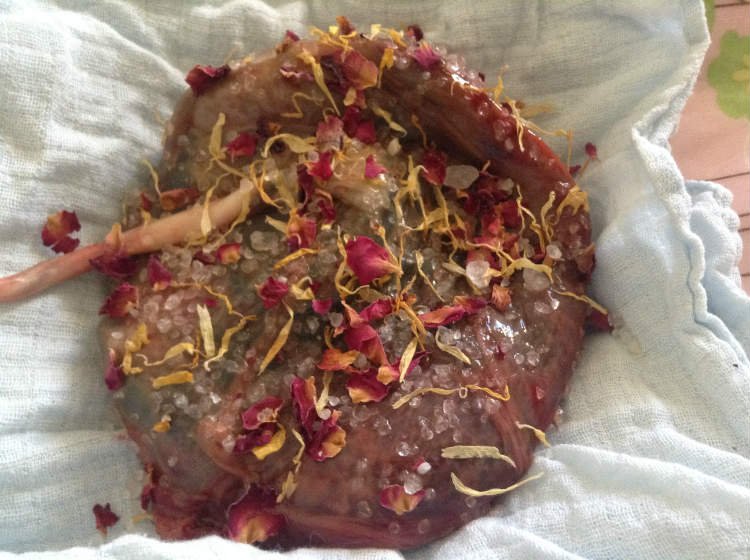 Couple discover they were robbed of thousands of dollars’ worth of meat, and two placentas they were storing after the birth of their twin sons.

Hayley Thorpe and her partner Sheldon Smith had just returned home from a Christmas holiday on Monday January 2, when they decided to go down to their downstairs freezers to grab some venison out for dinner, reports Daily Mail.

But they were shocked to find both freezers had been completely emptied of their contents, including the placentas of their eight-month-old twin boys Koby and Jayden, Stuff reported.

The family, who live in Te Akau on New Zealand’s North Island, said the discovery was especially devastating because placentas carried spiritual meaning to the Maori people.

In the Maori culture it is customary to bury the placenta in the ground to symbolise a physical and spiritual link to the earth.

‘To steal a placenta – especially in the Maori culture – is a pretty big deal,’ Ms Thorpe said.

The family planned to follow that tradition and bury the placentas at a family farm on the twins’ first birthday.

‘That won’t happen now,’ she said.

Ms Thorpe said the bag with the placentas was clearly marked identifying what was inside so had no doubt the offenders knew what they had taken – if not during the robbery then afterwards.

She said the meat, which she estimated was worth thousands of dollars, did not matter to the family, she simply wanted the placentas returned.

She said both her and her husband were shocked by the strange circumstances surrounding the robbery.

While the two freezers were emptied of their contents, she said nothing else had been touched, including fishing gear, motorbikes, and beer – all within reaching distance of the freezers.

What a horrible thing to do!

Related story – MUST READ: The beautiful tradition for a Maori placenta