Article Things a mum of boys will understand 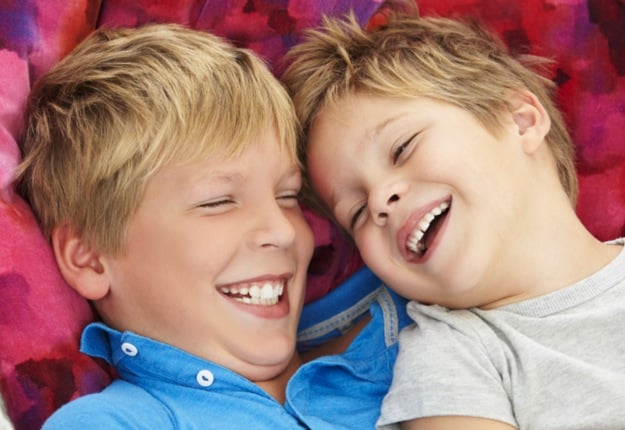 As a mum of boys, I have accepted the fact that certain things will happen in my house that I do not understand.

I have a brother, so I was exposed to some of these things growing up, but my two boys have well and truly opened my eyes.

My husband is one of four boys, so he is already across all these things. He knows what to expect and isn’t really surprised when I tell him stuff our boys have done.

If you’re a mum of boys, I’m sure you will totally be able to relate to these:

It’s not just its ability to change from vehicle to robot, but that you HAVE to make the noise that goes along with it when you transform it. I know you’re now making this noise in your head. My eldest went through a phase when we had to play Transformers all the time. The trolley (i.e. me) had to make Transformer noises when we were doing the food shopping; he had to make the noise before he went in the bath. Basically whenever you went to do a different action or task, the noise had to accompany it.

Apparently they are hilarious. I just don’t get it. When one of our boys farts, the other laughs like it is the funniest thing they have ever heard. Our six year old has actually laughed so hard after his brother has farted, he fell off the chair. Now our toddler laughs at himself when he farts.

Smell like dirty socks, pretty much every day. I air out the boy’s rooms every day along with emptying their laundry hampers, so I’m still baffled as to why the rooms get whiffy. God know how bad they’re going to smell when they’re teenagers.

What is with that?! Our six year old can talk about it for ages. Non-stop. The other day he talked about Minecraft for almost 40 minutes straight.

But when I ask him about his day at school, I get a one sentence answer (if I’m lucky), and that’s it.

Bonus points if you can translate their name too. Now I was a total dinosaur nerd when I was a kid. Seriously. When I was seven, I told my parents I wanted to be a paleontologist when I grew up. So I get this one, kind of. Although, I don’t recall asking about who would win in a battle of T-Rex vs Allosaurus, or who was more vicious. Or did any of the dinosaurs have poisonous spit… But when I can answer my six year old’s question of “what does ‘velociraptor’ mean”, and tell him “speedy thief”, he is impressed. I’m a “cool Mum”.

Do not, under any circumstances, joke about giving them a Barbie for their birthday. I didn’t think it was that big a deal. Boys can play with dolls, just as girls can play with cars. Based on our son’s reaction though, I was wrong.

It is not cool. It will not be well received. There will be tears.

My husband was away a lot for work when our eldest was little so I did a lot of the typical dad-son stuff with him so he didn’t miss out. Like wrestling. Until I ended up with a little finger hooked in my nose that was so shockingly painful, it brought tears to my eyes. Wrestling was put on hold after that.

Pee on the bathroom floor

For crying out loud, I have lost count of how many times this has happened and I’ve had to clean the floor AGAIN. How hard is it?!

We have now painted a Lego man silhouette on the downstairs toilet door. It acts as a sign that this is a toilet used by boys. It tells our guests “there is a good chance there will be pee on the floor, so watch where you step”.

Do you have boys? What other things do you think mums of boys would understand?