Article This face is the result of a school bully 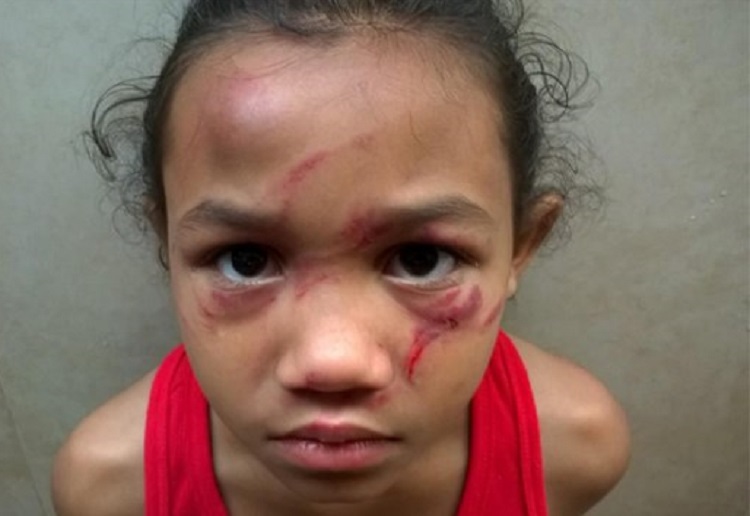 11-year-old girl charged with aggravated assault after she tried to flush a six-year-old girl’s head in the toilet.

According to Henry County Sheriff’s Department, the 11-year-old from Oakland Elementary School in Atlanta, USA lured the girl into a restroom, grabbed her by the neck and pulled her into a stall before trying to force her head into a toilet, Tuscon News Now reports.

She told the little girl she needed to talk to her in the bathroom.

Eventually, the six-year-old was able to crawl under the stall and alert a teacher.

In addition to being charged as a juvenile with aggravated assault, the 11-year-old was also charged with false imprisonment and battery. She was put in juvenile custody. “You send your kids to school to get an education, they should not have to worry about getting pulled into the bathroom and getting pummeled by somebody almost twice their age,” said Lanira’s father, Jeremy Tackett. “People choose to ignore it, but they need to know that bullying is real and it is something that affects children,” said Jeremy Tackett.

Deputies say this 6y/o girl was attacked at school by student nearly twice her age. More at 10&11p @FOX5Atlanta pic.twitter.com/ecFSz5Pfao

“Older students should not be allowed to be with younger students,” said Lanira’s mother, Cheryl Tackett. “This is a problem that happens all the time in schools and we need to address it so that our younger ones are safe at school and do not have to deal with this problem.”

It is never OK to bully anyone. NEVER!

Parents can do a lot to help kids erase some of the damage by being involved and encouraging the right kinds of behaviour. Say NO to bullying!
◾Make the home environment as welcoming and stress free as possible. Kids who are bullied at school shouldn’t have to deal with aggression at home, too. Plus, if a child is bullying others, he needs to see a positive role model at home in order to learn appropriate behaviours.
◾Encourage kids to get involved in something that they are good at. It promotes higher self-esteem, reducing the likelihood of bullying for both the victim and the aggressors.
◾Use the resources available. There are many excellent online resources and books that can help both parents and kids learn to say no to bullying. School counsellors and teachers are also good resources. They are trained to help kids deal with these situations and can also help parents, too.
◾Therapists and counsellors can help children who are displaying bully behaviour learn to deal with their anger and aggression issues in a healthier way