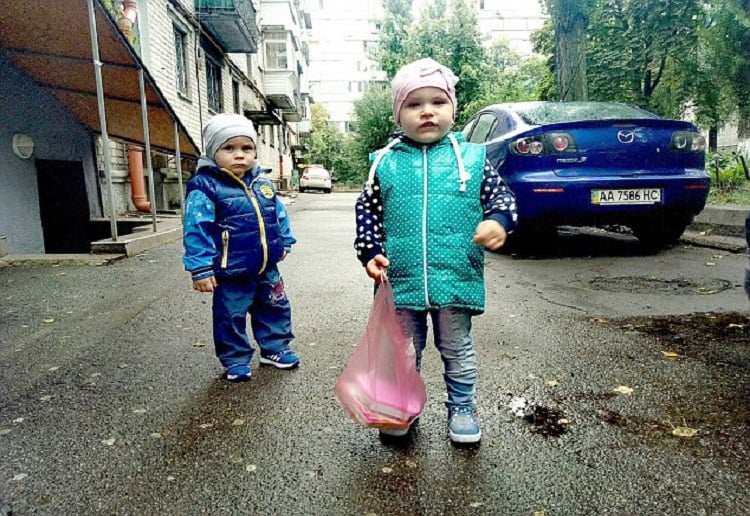 Toddler starved to death and his two-year-old sister was left with his body for three days after their mother left them alone, for nine days.

Vladislava Podchapko, 20, left her children only candles when she abandoned them in central Kiev, the Ukrainian capital, to be with her lover, reports Daily Mail.

Her youngest, Daniil, a boy aged 23 months, died from hunger after six days and his sister, Anna, two years, remained alone in the flat with the body for another three days.

The girl was rushed to hospital on the point of death from starvation and is miraculously expected to survive.

‘The girl was exhausted, she was very weak,’ said a doctor involved in her treatment.

‘She was immediately taken into hospital where we started intravenous feeding.

‘She is better now and we can say that she will live. We have started her on tiny amounts of solid food.’

Podchapko, who is thought to be pregnant with her third child said when questioned by police: ‘I didn’t know that children could die.’

The mother has been detained and faces up to eight years in prison for child neglect.

The frightened and confused children had tried to escape from the locked flat, pulling and tearing at the front door.

According to a Facebook update the couple married early in September 2016.